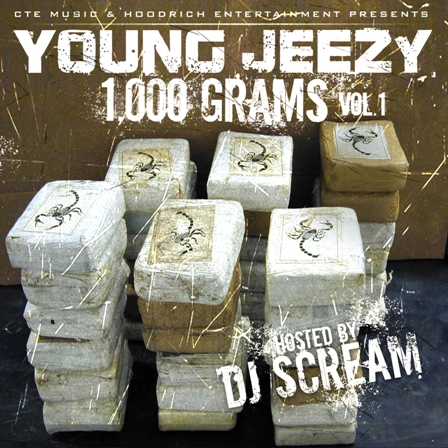 Just as fast as beef was declared on wax, it has been denied. Today (Aug 10), MTV asked Jeezy about his alleged beef with Rick Ross. Jeezy denied all beef and said his lines in “The Real B.M.F.”

How you blowing money fast? You donâ€™t know the crew. Oh you part of the fam? S%$* I never knew

were not an attack on Ricky. o_O Whatever. If Jeezy is squashing the beef because its silly then HOORAY for common sense!! Perhaps all of this is just a publicity stunt for his new mixtape “1000 grams” which drops Thursday. In the interview, Jeezy calls Ross insecure and calls us crazy.

Itâ€™s not a dis. First of all, Iâ€™m not gonna get nothing out of dissing that guy. Thatâ€™s one. What am I gonna get out of dissing him? I think sometimes people can read into things too deep. They trippinâ€™, man. They crazy out there. Basically, if homie takes that as a dis, heâ€™s insecure, and anybody else out there who does, they are insecure.

Is Jeezy too grown to beef? If so, is he also too grown to pretend to be the neighborhood dope man? Why can’t these rappers just enjoy that they don’t have to sell drugs, survive on EBT, live with roaches and rats? Why do they have to pretend that they are still living in poverty? Poverty sucks and all the mofo’s that are in it are trying to get the eff out.