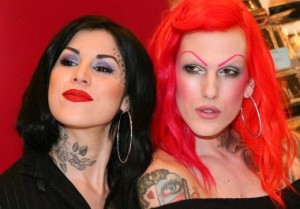 Today, beauty guru Kat Von D ended her friendship with makeup sensation Jeffree Star in a lengthy Instagram post. The drama between the former friends seems to have started a few weeks ago when Kat confronted Star about money he owed her friend, who had done some work for Star. 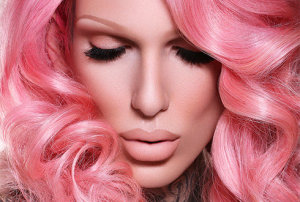 “After years of making excuses for, and rationalizing Jeffree’s inappropriate behavior (incuding, promoting drug use, racism, and bullying) I can no longer hold my tongue after recent events. I know that over the years, many of you were introduced to Jeffree through me, and regardless if you chose to continue to follow him or not, I would just like to disassociate myself from him and his brand from this point on. I plan on posting a video explanation as to why I felt compelled to make such a statement. But for the time being, I simply want to apologize to anybody and everybody who has ever had to deal with any of his negativity. And yes, with a heavy heart, I will be pulling the shade ‘Jeffree’ from my collection.” 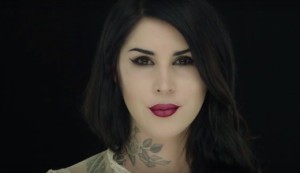 She topped the post off with a 14 minute video giving more insight into the issues between the two. Yikes! 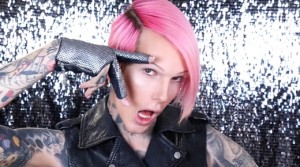 Jeffree responded to her Instagram post on Twitter, writing, “She never supported me or my brand and got distant when I launched mine … She accused me of something that wasn’t true so I told her to f— off and then blocked her number.”

He has yet to respond to her video. 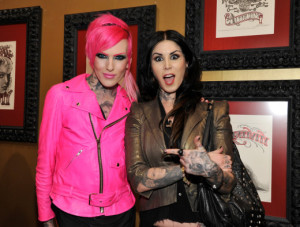 I hopped online to do some digging about Kat’s claims against Jeffree and found a compilation video that showed some really nasty comments he’s made on a wide array of issues. There was even a clip where he “jokingly” suggested throwing battery on a black woman to lighten her skin. So until he responds, I think I’m siding with Kat on this one. Are you here for Jeffree Star or Kat Von D? Leave us a comment to let us know.