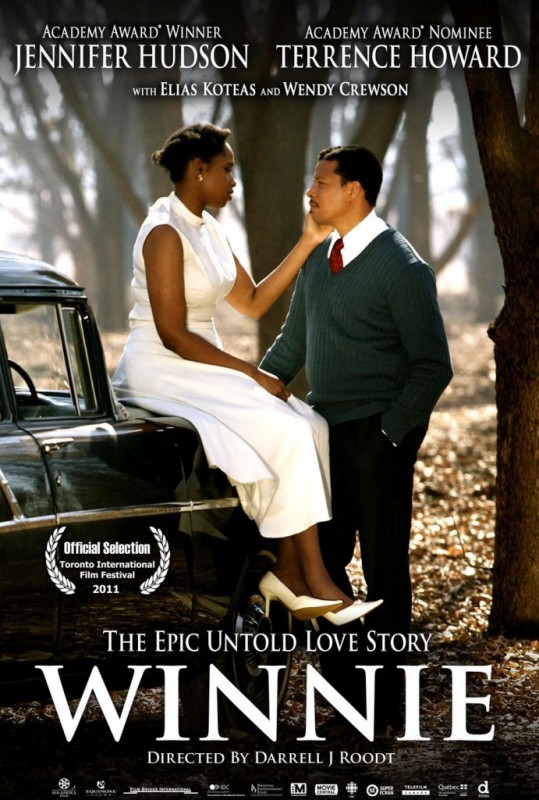 Promo pictures have emerged of Jennifer Hudson and Terrence Howardâ€™s all star cast of â€œWinnieâ€. The 30 year old Oscar nominated singer, mother, and actress has a starring role as Winnie Mandela while seasoned actor Terrence Howard depicts her husband Nelson Mandela. The drama is based around the life of Winnie starting from her childhood to her marriage with Nelson Mandela.

In other news it is still believed that the real Winnie Mandela does not approve of the new movie and has been known to even call it an insult. Winnie has said neither producers for this movie nor Jennifer Hudson herself have took time to speak with Winnie.
Hudson has been reported saying she would love to speak with Winnie but was advised otherwise by the producer of the film. What do you think; can you depict a story of someoneâ€™s life that you never talked to?

If you were in Atlanta, Ga this past Thursday, Kanye West bought out the whole Mercedes-Benz Benz stadium to do a listening session for...
Read more
Celebrities in Trouble

The wildly popular Facebook-based multi-generational talk show, "Red Table Talk," has been renewed through 2022! Also, a spinoff of the Emmy-nominated show is on...
Read more
Breaking News

R&B singer, R. Kelly was a no-show for his court appointment due to medical procedure. R. Kelly is currently facing a long list of...
Read more