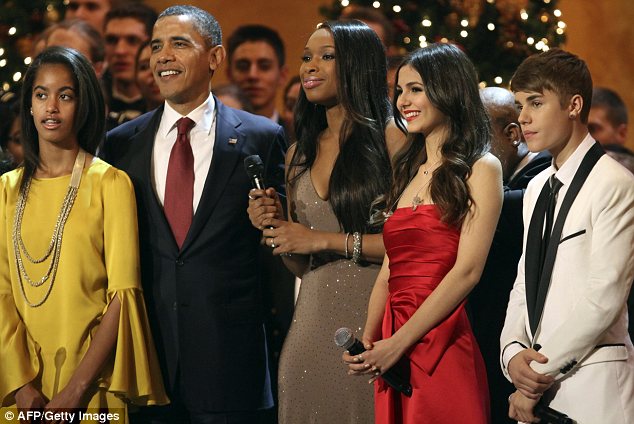 Christmas is around the corner and everyone’s in the “holiday spirit” including Mr. President Barack Obama and his family. The Obamas as well as other big names such as Jennifer Hudson, Cee Lo Green, and Justin Bieber attended the concert of christmas carols which benefited for the Children’s National Medical Center in the capitol. The event was held at The National Building Museum in Washington, DC.Before the concert, the Obamas greeted patients of the children’s medical center dressed as elves and presented them with a basket of books.He spoke to the children dressed as elves about the story of Jesus’ birth during a short speech to the crowd.He said the story of Jesus Christ has changed the world by teaching basic values such as loving one another, serving the less fortunate and keeping faith. 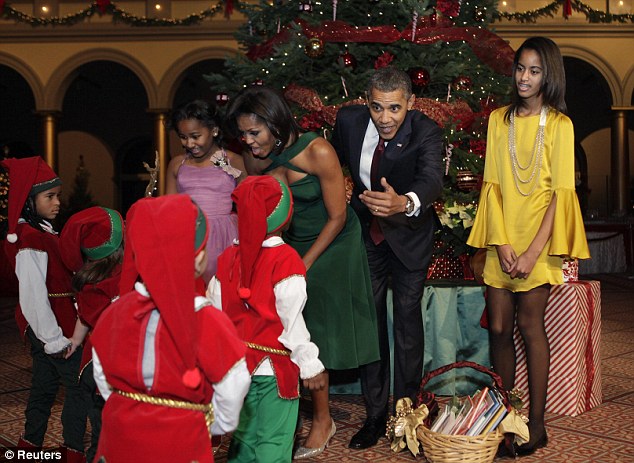 Obama said: ‘Those are values that are shared by all faiths. Let us all rededicate ourselves to each other in that spirit.’ 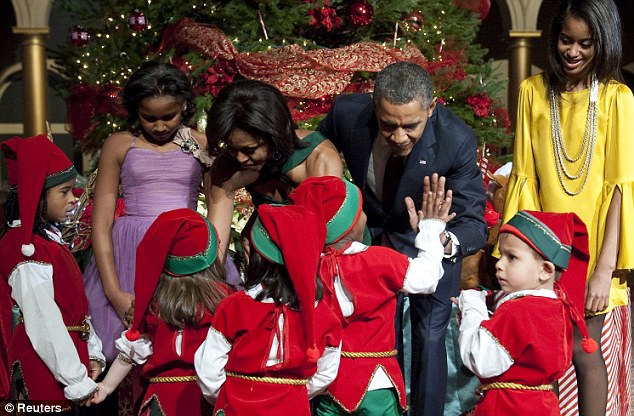 Here’s a sneak peak of the concert.
lzq769ad 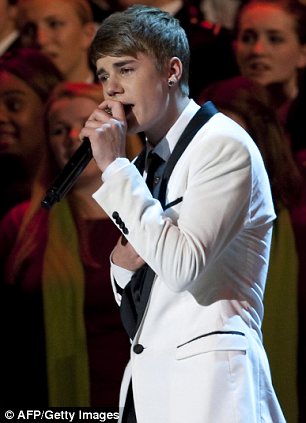 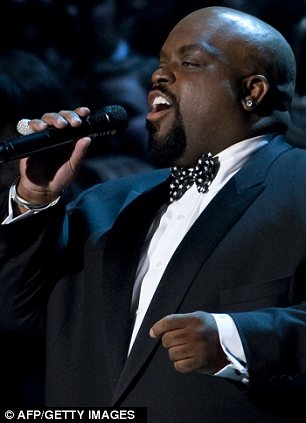 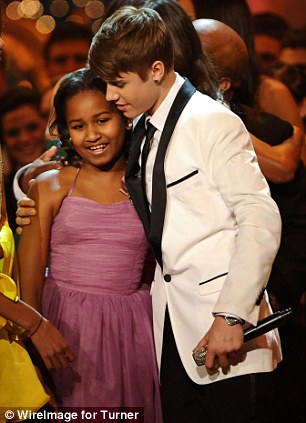 Obama’s oldest daughter Malia was mesmerized by Justin Bieber, Â she touched his shoulder as if she couldnt believe it was really him! lol 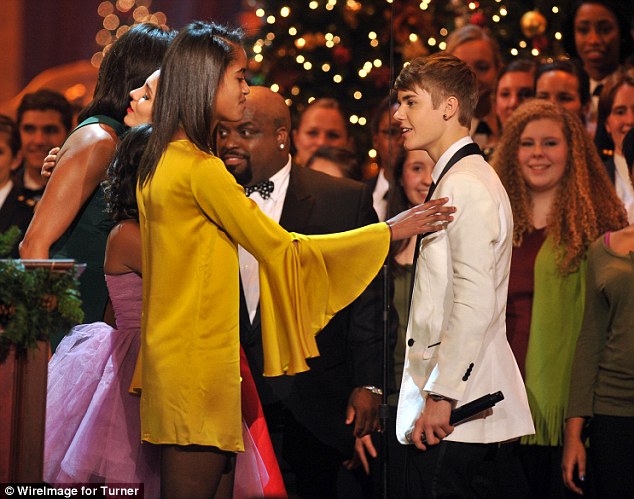 The show airs Friday night on TNT.
Check out all the pics from the event.

If you were in Atlanta, Ga this past Thursday, Kanye West bought out the whole Mercedes-Benz Benz stadium to do a listening session for...
Read more
Celebrity Photos