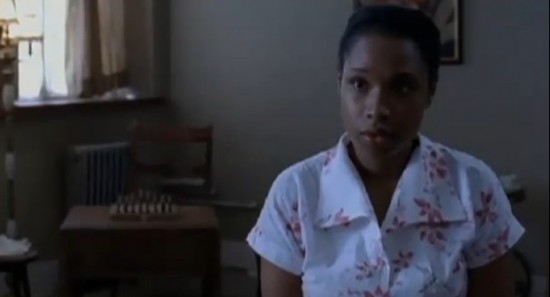 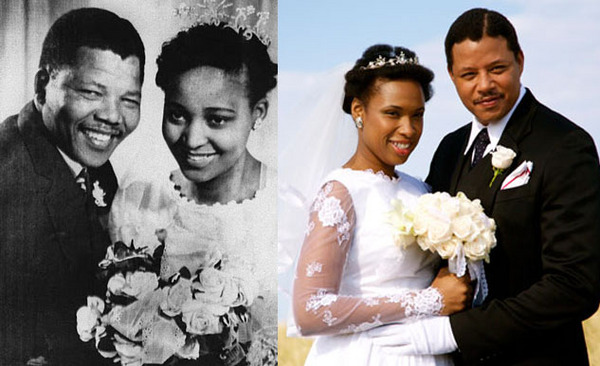 The film â€˜Winnieâ€™ controversially depicts the life of Winnie Mandela (Jennifer Hudson), wife of Nelson Mandela (Terrance Howard) through her childhood, her husbandâ€™s 27-year incarceration, and her own year in solitary confinement. The biopic (directed by Darrell Roodt and, according to the trailer, is presented by Reverend T.D. Jakes) has been shown at movie festivals around the world.

Sources reports Hudson has experienced some major pre-wedding jitters, but she’s finally ready to say “I Do”. 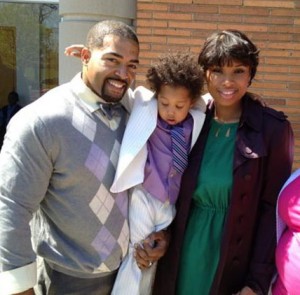 RadarOnlineÂ reports after having doubts about marrying David Otunga and even returning her engagement ring, the Academy Award winnerâ€™s wedding to her longtime love is back on track after a nearly 4 year-long engagement, a source tells RadarOnline.com exclusively, and the couple is getting ready to wed.

â€œJennifer started feeling like it just wasnâ€™t right,â€ the source says. â€œSo many bad things have happened since they got engaged in 2008 that have prevented them from finally getting married, and she was worried that she was just trying too hard to make something happen that wasnâ€™t meant to be.â€

Though the couple has attempted to work through all the issues, Jennifer had a breaking point around the time of William Balfourâ€™s murder trial, where he was found guilty of murdering her mother, brother and nephew.

â€œJennifer and David quietly called off the wedding a few months ago and she even returned her ring to him,â€ the source tells RadarOnline.com. â€œShe was extremely stressed out and processing a lot of emotions about the murder of her family after the trial ended, and she just cracked.â€

After taking a brief break and spending some time soul searching and getting closure after Balfour was found guilty, Hudson changed her tune and decided to give her relationship another shot. After things settled down, she realized that he was her rock and that she wanted to spend her life with him and keep building their family together. She is more sure than ever now that she is ready to get married.â€
The source confirms that the duo is currently in wedding planning mode, though they are keeping mum on the details.

Check out the trailer: