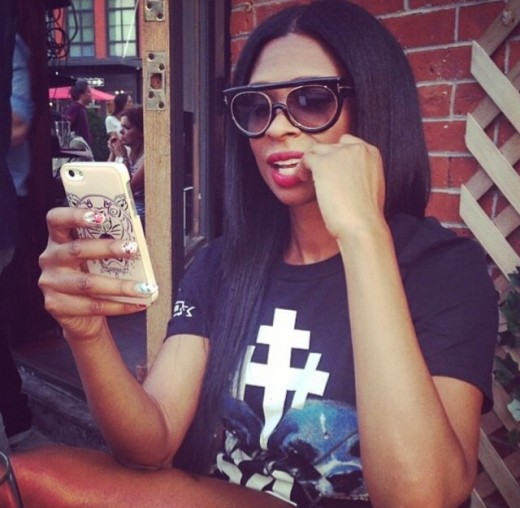 Evelyn Lozada misses her former BFF, Jennifer Williams so much that she took to Twitter to issue a heart-felt apology. Jennifer Williams was not feeling the apology or Evenlyn check out the shadeFULL twitter reply below.

Basketball Wives Evelyn Lozada took to Twitter to offer a peace offering to her former BFF Jennifer Williams. She shared that she had a dream about her friend then her followers suggested she reat out to her former gal pal. Evelyn confessed that she would try her best.

Evelyn Lozada claims she CALLED Jennifer Williams. She went on to tweet about the importance of letting go of anger and grudges and the importance of trying to be a better person. And in the midst of all that, she let it be known that she did reach out to call Williams, but it’s unclear if her former friend even picked up the phone or called back… 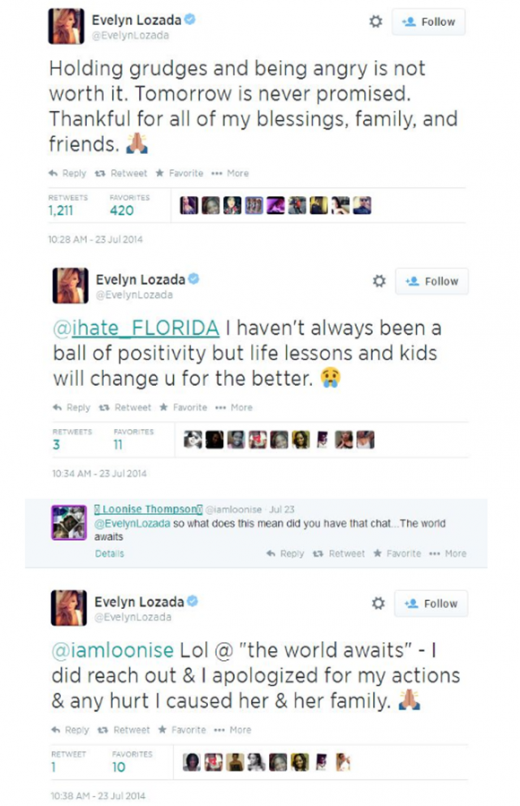 Jennifer Williams had only one thing to say:

I do think forgiveness does the heart good but sometimes SLAMMED doors are shut forever! #BYEfelicia…..lol

Do you think these two can make up and be friends again?