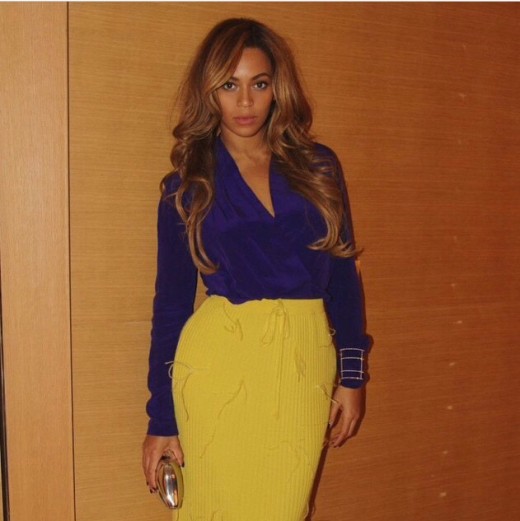 Now, you know you made it when you have became a category on the popular TV show “Jeopardy!” Shout out to Queen Bey for being that celebrity!

Who runs the world? Beyoncé! This week, on Jeopardy’s Tournament of Champions, Queen Bey had an entire category dedicated to all things Bey. If you have a TV, radio, or basic internet access, you could have pretty much made a killing with this category.

The $600 question was a piece of cake: “Beyonce’s daughter sounds like a colorful plant with this first & middle name.” The contestants ended up answering all the questions correctly, except for one. Contestant Arthur Chu had a little trouble answering the $1000 question.

The question:” Jay Z is featured on this Beyoncé song that mentions ‘that liquor get into me.’”
His answer: What is ‘Drunk on Love’?”

Poor thing. He later defended himself by tweeting, “Look Drunk on Love is what it’d be if it were GRAMMATICAL ok Beyoncé?” Hey now! Watch your tone, Arthur. You’re talking to the QUEEN!

I love that she has her own category! Salute to the queen for this accomplishment! What are your thoughts? Comment below!