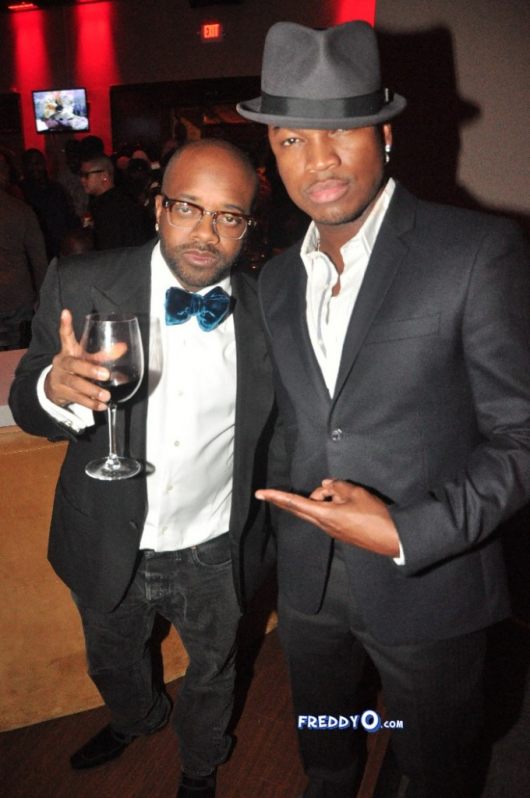 Shout out to the big homies Jermaine Dupri and Neyo for getting ASCAP Honors! The invitation-only event will pay special tribute to Jermaine Dupri and Ne-Yo, and will honor the songwriters and publishers of the most performed ASCAP songs on the 2013 R&B/hip-hop, rap and gospel charts. Hard work definitely pays off.

“For over two decades, Jermaine has consistently provided the world with hit after hit after hit, many of which we already know as classics,” commented ASCAP President and Chairman Paul Williams. “Over the years, ASCAP has honored only the cream of the songwriting crop with our Founders Award. And in our 100th year as the leading PRO, we’re thrilled to add Jermaine to this impressive list of music creators.”

The big homie Jermaine Dupri has established a successful career as a hip-hop artist, producer, songwriter, author and CEO of So So Def Recordings, which he founded in 1989. He has collaborated with artists such as Usher, Mariah Carey and Nelly. His career milestones include the release of several platinum recordings as CEO of So So Def and winning a Grammy for Best R&B Song. He is one of only a few producers in music history to garner four positions in the Top 10 on Billboard’s Hot 100 chart at one time. He is also the first recipient of the Billboard Otis Redding Excellence Award for his achievements both in and outside the studio. Jermaine Dupri previously won the ASCAP Golden Note Award in 2005.

In the nearly ten years since Ne-Yo first broke onto the scene, the Grammy Award winner has racked up an entire career’s worth of accomplishments as both a recording artist and songwriter for artists such as Beyoncé, Rihanna, Jay Z, Usher, Pitbull, Jennifer Hudson, Chrisette Michele and many, many more. His 2004 breakout song, Mario’s “Let Me Love You,” was a #1 Hot 100 hit that Billboard later determined to be the eighth most successful single of the decade. His first three albums – 2006’s In My Own Words, 2007’s Because of You and 2008’s Year of the Gentleman – all went platinum in the US, bolstered by hits like “So Sick,” “Because of You” and the Grammy Award-winning “Miss Independent.” Five solo albums and countless hits later, Ne-Yo is still a major force on the music scene, currently serving as Senior Vice President of A&R at Motown Records.

ASCAP will also hand out awards for Songwriter of the Year, Top R&B/Hip-Hop Song and Top Rap Song. ASCAP’s Rhythm & Soul Music Awards will be held at the Beverly Hilton Hotel in Los Angeles.