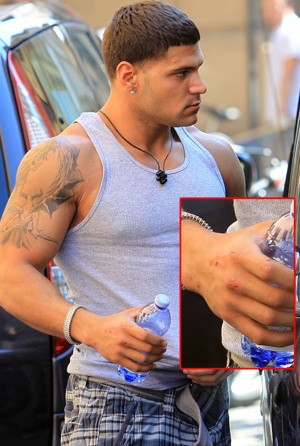 Apparently the Jersey Shore cast members aren’t leaving the drama in the U.S! Now filming the fourth season of the hit reality show in Italy, there was reportedly a large fist fight between cast mates Mike “The Situation” Sorrentino and Ronnie Ortiz-Magro, with Ronnie allegedly beating up The Situation. DAMN! There are photos of both of the men with cuts and bruises. 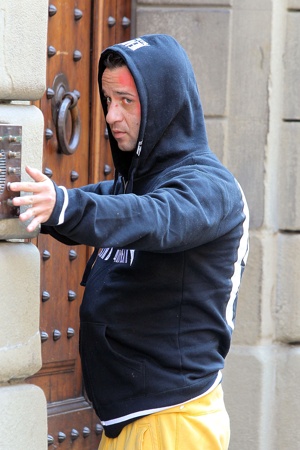 Judging from these pictures, it looks like The Situation got his ass whooped! Sources over at TMZ also say that the fight was caused after an altercation between Ronnie and on again/off again girlfriend, castmate Sammi.