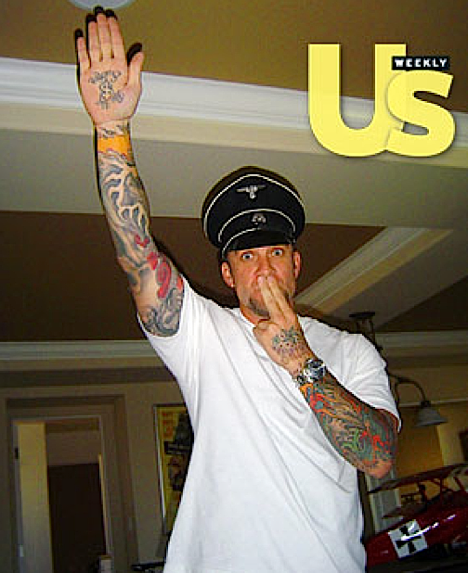 Sources are claiming that Jesse James, who is quickly becoming hoe of the Year, filmed over 12 homemade sex tapes with various tramps and sluts while he was married to Sandra Bullock!

â€œMost of the tapes feature a mass amount of Nazi paraphernalia. Itâ€™s all really quite disturbing. What I saw was a naked woman on her knees and Jesse in a Nazi hat waving his arm in a salute. It looked like the womanâ€™s hands were bound. He was shouting and singing and appearing to swig from a bottle of bourbon every now and then. They could end up being made public just like the photo of Jesse giving the Nazi salute. Thereâ€™s no doubt some of these tapes could leak and end up on the Internet.â€

I canâ€™t wait to see the filmsâ€¦