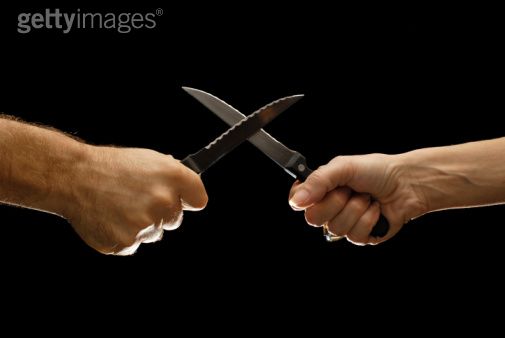 What has the world come to? A friendlyÂ argument over butter in a macaroni and cheese recipe churned into violence between a brother and sister. A 21-year-old man called police June 6 to say his 17-year-old sister tried to cut his neck with the serrated edge of a spatula that were as sharp as a steak knife. The police report said the sister was making macaroni and cheese when her brother asked if she was using butter. That led to an argument over the difference between butter and margarine. And, then butter battle escalated. The Wenatchee World reported the girl was charged in Douglas County Superior Court with fourth-degree assault. Which is better butter or margarine?- Courtney L.