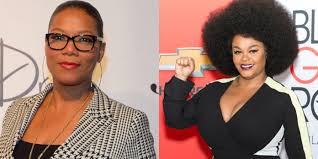 Queen Latifah and Jill Scott have added more star power to the cast of Lifetime’s upcoming film “Flint.” The pair join Betsey Brandt (Breaking Bad) and Marin Ireland (Sneaky Pete) in the film based on Josh Sanburn’s article “The Toxic Tap.” Check out the official description below.

Directed by Bruce Beresford from a script by Barbara Stepansky, Flint was inspired by the Time magazine cover story, “The Toxic Tap,” by Josh Sanburn. It follows the true story of three women from Flint who sought justice following the wrongdoing committed against the residents of the city who were unknowingly drinking and using lead-laden water. Their actions inspired a national movement for safe drinking water despite the political powers working against them at every turn. Brandt, Scott and Ireland will play real-life activists and Latifah will play a fourth resident, fighting to expose the poisoning of the community during the horrific events of the water crisis.

Queen Latifah will also executive produce the film and her newest show “The Best Place To Be” airs Saturdays on the Travel Channel. She also stars on the hit show Star. Scott is preparing to hit the road this summer for her 2015 album “Woman.”