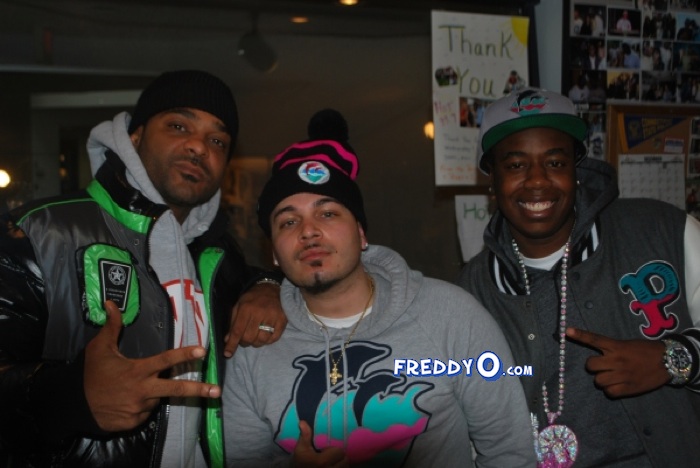 RapperÂ  Jim Jones is known for “balling” , rapping and now Â a star on Love and Hip Hop. Fans tune in to VH1 ‘Love and Hip Hop’ every week to get a dose of his relationship with girlfriend Chrissy Lampkin and the drama with his mama( Mama Jones). Between filming a reality show, starting a clothing line and releasing his new mixtape,Vampire Life, Jimmy found time to dish some juicy details of his life with Nancy B at Hot 93.7. 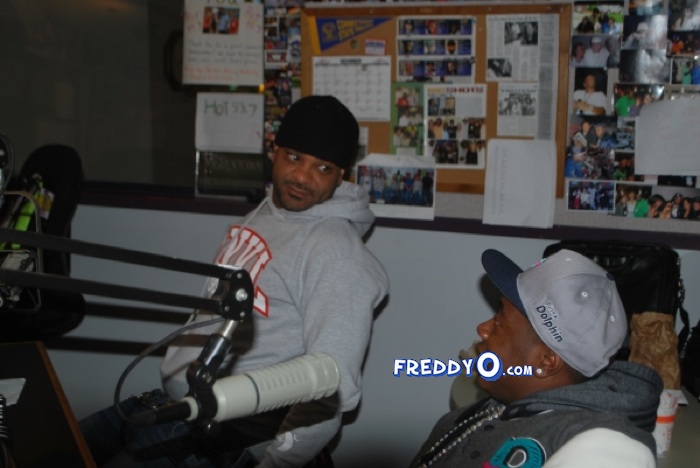 Jimmy has had his share of ups and downs in 2011. (The down being that little botched robbery situation inÂ Halrem months ago).So when asked about theÂ UPS in his life he discussed all his future endeavors. “I was able to do a great deal forÂ a outerwear deal that I started called Protocol..started a T-Shirt line that started out as a novelty for my crew and ended up being a money maker.You can find Protocol in stores like Jimmy Jazz, Footaction and many other chain stores.

Jim Jones gushed about how happy he is that his mom and “his lady” are finally back on good terms. As you know, things got real after Mama Jones made a diss song about Chrissy months ago. When asked about doing a 3rd season he stated “I dont know..we’ll see how much of a checkbook VH1 has.” CHING CHING. Besides making money from his reality show Jones also has a new mixtape in stores called Vampire Life.Â He will also release Vampire Life, the movie sometime in FebruaryÂ so we cant wait to see that.

When Nancy hinted at Chrissy finally gettng the ring she’s dreamed of fromÂ Jimmy, he laughed it off and said we’ll have to stay tuned to the show. Hmmmm, I hear wedding bells. Or maybe thats the ice cream truck. Either way, Jim Jones is having a breakout year with the tv show, clothing ventures and his music. Thats a great way to start off 2012!

You can hear the interview here….Â Hot937