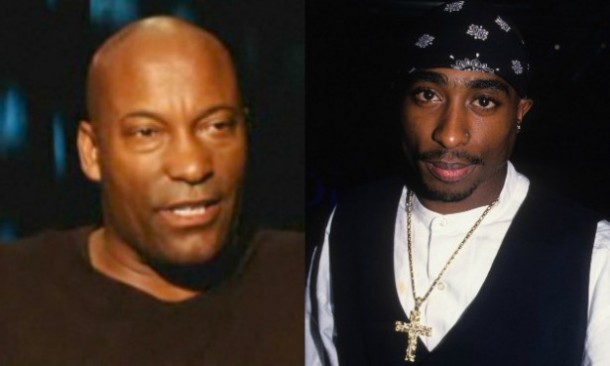 Acclaimed film maker John Singleton has announced that he’s getting read to re-write, direct and produce the highly anticipated Tupac Shakur Biopic. Hip Hop Fiends get ready but this movie is sure to be EPIC!

John Singleton is best known for his hoodtastical films about life in the hood. He directed Tupac Shakur alongside Janet Jackson in cult classic “Poetic Justice” almost twenty years ago. The iconic film maker had the following to say about his desire to create a film depicting the larger than life actor/poet/rapper/revolutionary,

“Tupac was the guy I planned to do a lifetime of films with. His passing deeply affected my life as well as countless people in this world. His life story is important to my generation.”

The biopic will show Tupac’s rise as one of the best hip hop artist to date. The film will also go into new details of his 1996 unsolved murder. Casting has not been announced but production for the film is anticipated for this June.

All I would like to know is if Soulja Boy will play Tupac? There were rumors that he would play him in the remake of Juice. I think John Singleton need to find some fresh and new talent to play the iconic character Tupac Shakur. What do you think?

We all have been waiting on it, it's finally here. Our favorite bad boyz are back together for one last time. Will Smith and...
Read more
Black Entertainment Television

Comedian “Blame It On Kway” is proving he is an excellent entrepreneur, During the BET Awards Week, he opens another Krab Queenz restaurant in...
Read more