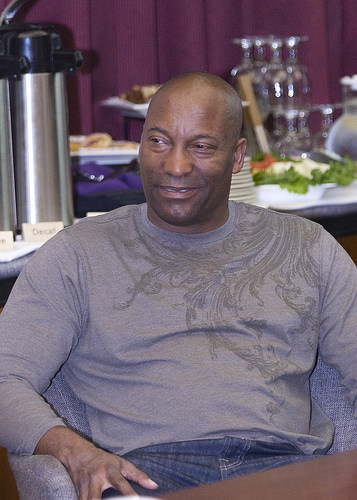 Director John Singleton is pissed! Back in 2005 he gave Paramount Pictures and MTV Films the right to distribute his highly acclaimed film Hustle & Flow. However, those rights came at the promise of Paramount promising to fiance and distribute two additional films in the future. Apparently, Paramount isn’t keeping their word and now John Singleton wants $20 million…minimum.

Paramount Pictures is sending John Singleton through all kinds of mess and have made it impossible for him to make the movies that they promised to finance. John isn’t taking kindly to this either being that his movie Hustle & Flow allowed them to make millions of dollars while John was only given a small fee of $9 million. Singleton also had been noted as saying that he has passed up a number of opportunities to sign with other big name companies. Therefore, he’s suing for $20 million.

What do you think of this situation? Do you think that Paramount Pictures are acting unfair in their actions toward John Singleton?