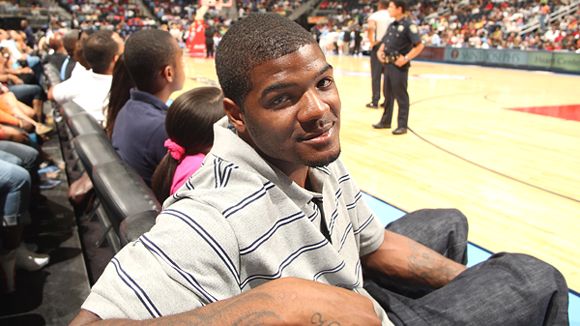 Do you all remember the young man, Rajaan Bennett, who was recently slain by his mother’s ex-boyfriend? Even though money will never replace such a remarkable young man, the Bennett family is about to receive a break. Josh Smith of the Atlanta Hawks has offered to pay for the family’s living expenses for the next six months..

The 18-year old was a senior at McEachern High School. He had a promising future with plans to attend Vanderbilt to play football in the fall. According to a news release from the Atlanta Hawks, Smith, a McEachern alumnus himself, met Bennett last summer.

Smith said he was “very impressed with him as a person, student and athlete. I can’t imagine what this family is going through, but hopefully this will give them one less thing to worry about as they try to cope with this terrible tragedy.”

The Hawks will recognize Bennett at halftime of Saturday’s game against the Detroit Pistons.