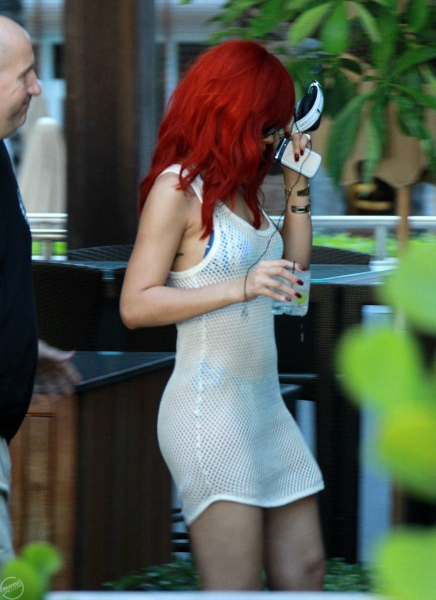 News just came to the New York Post that photographer David LaChapelle can continue to develop his million dollar copyright suit against Rihanna. Just yesterday, Judge Shira Scheindlin ruled that the photographer has “successful alleged” that Rihanna and her camp may have copied his work. Specific images of LaChapelle’s include the “hot-pink and white striped walls”, “women wearing frizzy red wigs”, and “black tape wrapped around a man”. Well LaChapelle has picked the right one to sue with all of the endorsements and concerts tht Rihanna does.

Now to add insult to injury, MTV completely overlooked Rihanna for the MTV Video Music Awards nominations. Her BFF Katy Perry got nine nominations while Rihanna did not receive one for any of her own solo hits such as California King Bed or Only Girl In The World. If she wins any awards at all it will only be for songs that she made guest appearances on such as Kanye’s All Of The Lights or Eminem’s Love The Way You Lie. That’s deep MTV. I wonder what made them decide to not nominate her for ANY of her own songs? It’s understandable why they wouldn’t nominate her for S&M but she had a ton of other songs that could have been nominated. Why do you think Rihanna wasn’t nominated for a VMA?