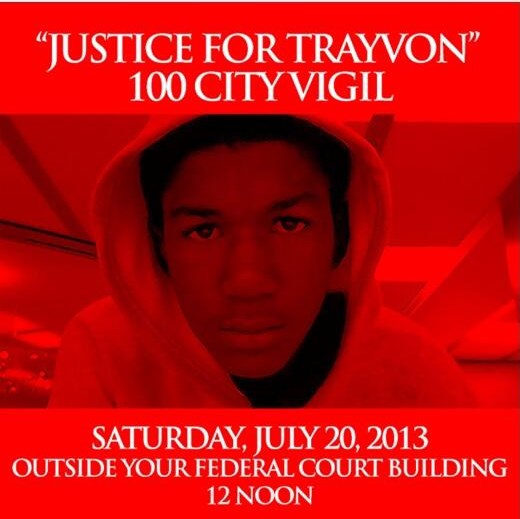 Team Freddy O attended the “Justice For Trayvon” 100 City Vigil that took place at noon today in downtown Atlanta in front of the Richard B. Russell Federal Building.

Check out the full story and photos from the vigil after the break.

Today thousands of people across America in 100 different cities participated in the “Justice for Trayvon” 100 City Vigil at noon outside their federal court buildings.

The Atlanta “Justice For Trayvon” 100 City Vigil was held outside the Richard B. Russell Federal Building. Civil rights activist Rev. Markel Hutchins was the organizer for the vigil. Dr. Robert M. Franklin (former president of Morehouse College), State Representative “Able” Mable Thomas, and other civil rights leaders and activists were in attendance and spoke to the engaged crowd about why justice was needed for the senseless killing of Trayvon Martin.

Thousands of people were on hand to raise their voices and “stand their ground” against injustice. Even through hard downpours of rain, the crowd remained unmoved and attentive, and continued to listen to the speakers, hold their signs of protest up high and chant for justice.

It was truly an amazing experience and a wonderful sight to see thousands of people of all ages and races come together to take a stand against injustice and demand “Justice For Trayvon”.

Check out the pictures from the vigil below. 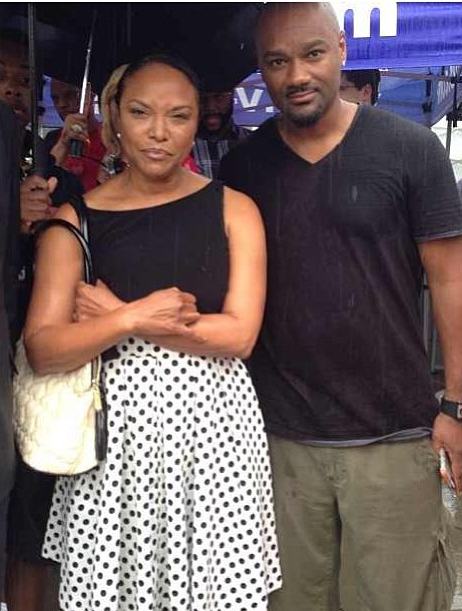 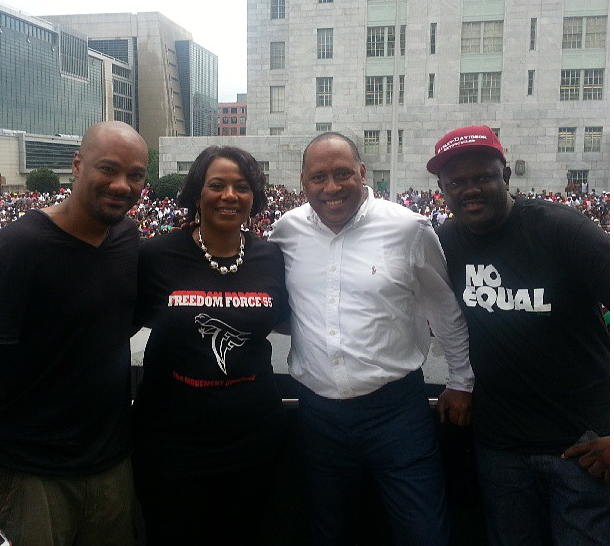 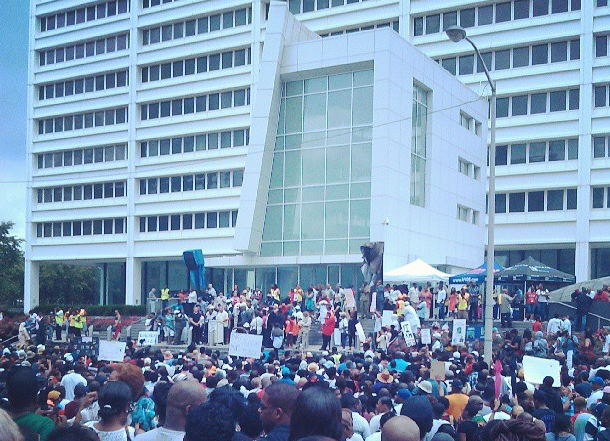 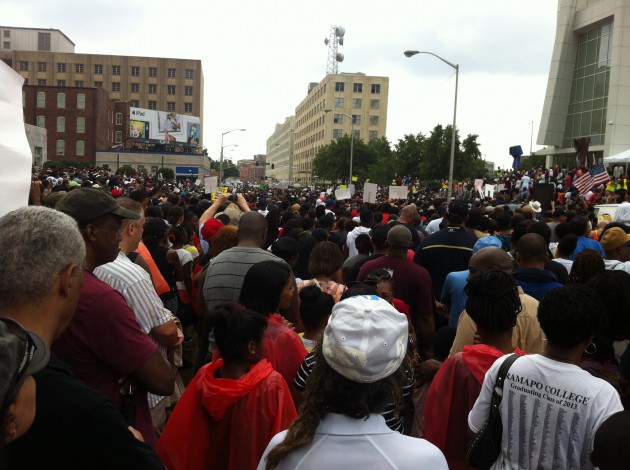 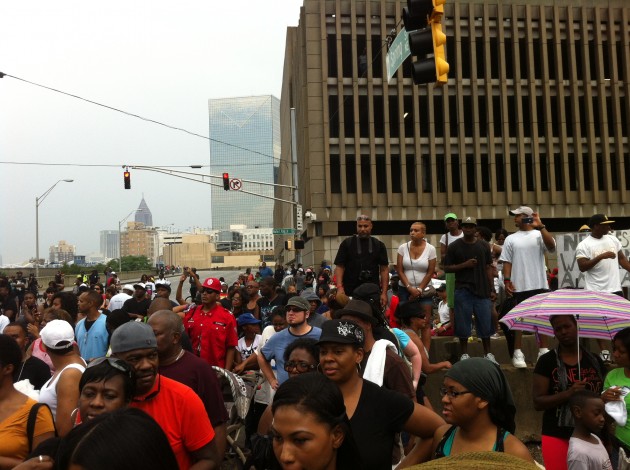 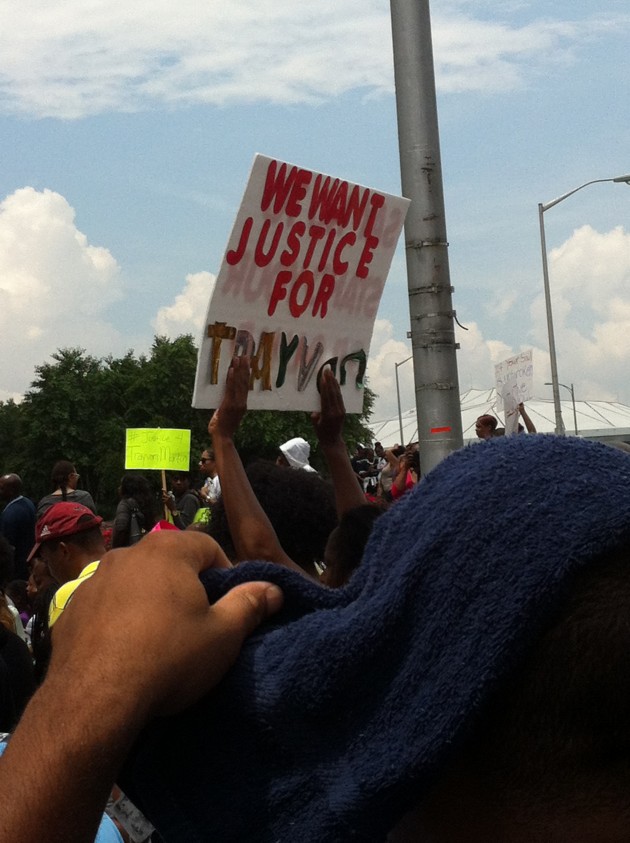 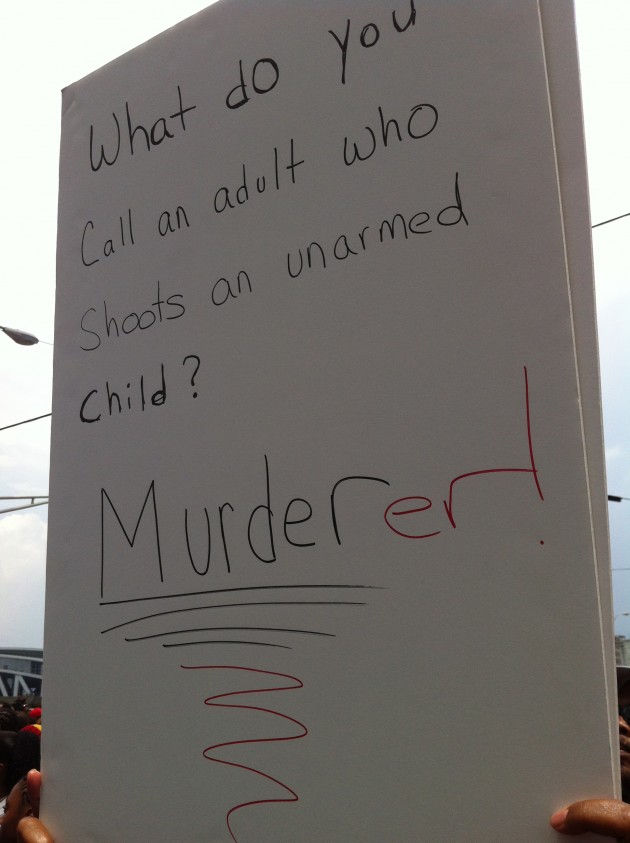 In New York City, Jay-Z and Beyoncé were spotted with Sybrina Fulton (mother of Trayvon Martin), and Rev. Al Sharpton. 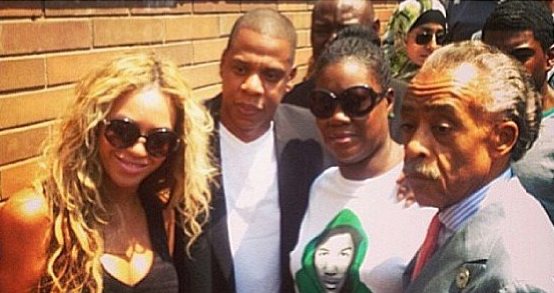 Beyoncé later took to Instagram to further show her support for Trayvon Martin as she shared a pic and encouraged her followers to “act now 4 Trayvon”. 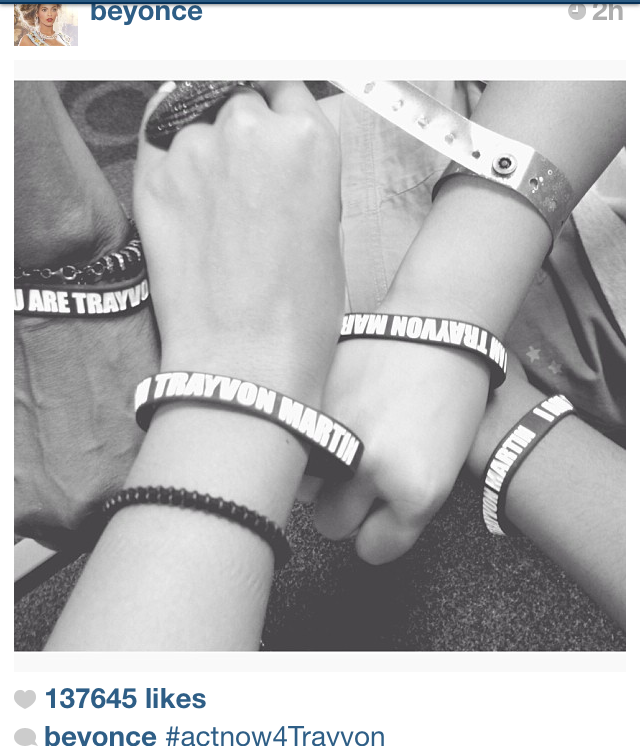 Did you participate in a Trayvon Martin rally or the “Justice For Trayvon” 100 City Vigil in your city?