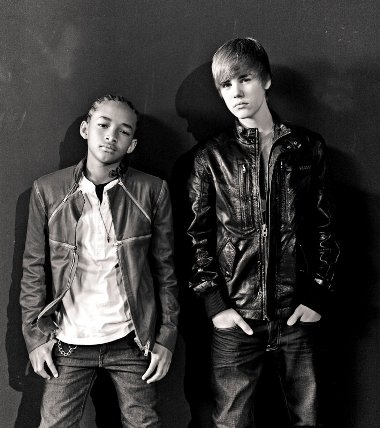 Will Smithâ€™s son Jaden Smith joins Justin Bieber in the brand new music video for the single titled â€œNever Say Neverâ€, which will be featured in the upcoming remake of â€œThe Karate Kidâ€ also starring Jackie Chan (watch music video below).
The 11 year-old is doing the back vocals for Justin but he also gets a short solo and the chance to show off his incredible dance skills while chilling out with Justin in the studio. Actor, dancer, singer and rapper â€“ Jayden is ready to take over the world. He is so cute!Â Are yall feeling it?