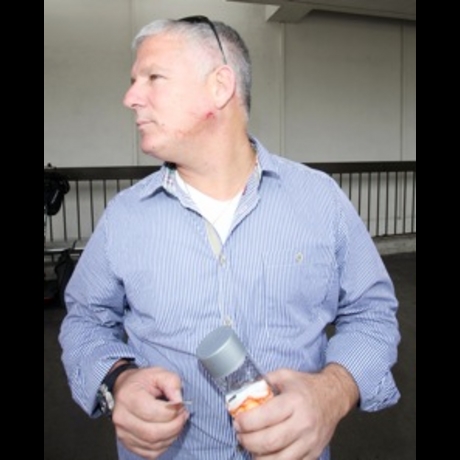 Daaaayyyyyyummmmmm “Somebody GOT KNOCKED THE ##$% OUT!” Look at the scratches on Justin Bieber’s Israeli Body Guard. This is why if someone clearly does not want me to take a photo, “I’m GOOD”. Apparently, according to TMZ Sources inside Bieber’s camp tell us, Bieber had just arrived and was getting into an SUV to leave the airport … when a photog ran in front of the car to take several shots. It was said ” the bodyguard asked the photographerÂ  to get out of the way — but Nooooooo” the guy refused, and persisted to take photograph. This is when the bodyguard had to do what he gets paid to do. He tried to guide the bodyguard back to the sidewalk and the bodyguard tried to be Mr. Wise Guy… Ok take a look at the clip. Don’t let the scratches fool you. See who won in the Video! Hint!The photographer was arrested!