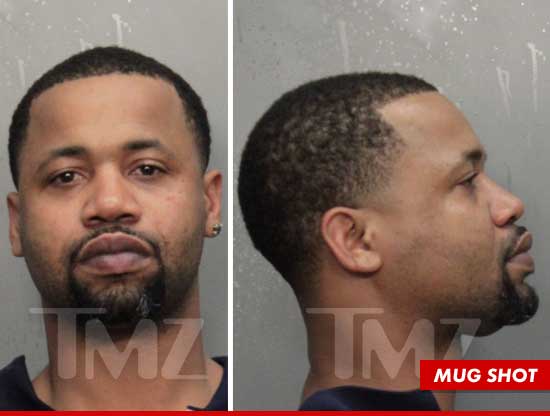 Rapper Juvenile was arrested for disorderly conduct at a Miami hotel last night after allegedly participating in a crazy brawl … TMZ has learned.

Juvenile — real name Terius Gray — had just reunited with Lil Wayne on stage at LIV nightclub earlier in the evening … when something went wrong.

Juve and Wayne — who were in the Hot Boys together back in the late ’90s and had a long running beef when the group broke up sources reports and last night was the first time they have been on stage together since the feud.

But around 7AM, cops say Juvenile – who’s listed at 5’11, 150 lbs — was involved in a fight that began inside the nightclub and spilled outside to the front of the hotel.

Security told police the people involved in the fight were “creating a threat to life and property as well as the overall safety of the patrons inside.”

Miami Beach PD responded to the scene and arrested Juve — he was hauled to a nearby station where he was booked. He is still in custody.