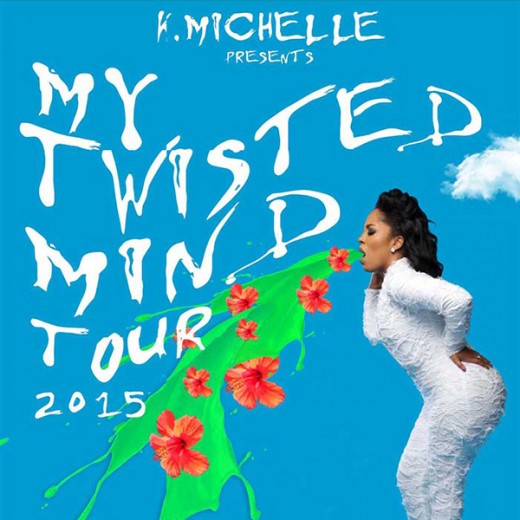 Singer-songwriter and reality TV star K. Michelle is going on tour starting next month! Here are the details…

Singer-songwriter and reality TV star K. Michelle will start her “My Twisted Mind” tour February 5 in San Francisco, CA! K. had previously stated that her latest tour would feature both she and Keyshia Cole. However, it seems that things may have switched up a bit. In response to a fan’s tweeted inquiry about Cole’s participation, K. Michelle confirmed that she would be on only some of the show dates:

“@LilMonsterEve: @kmichelle I’ve been waiting for you to release the date@KeyshiaCole is still touring with you, right> a couple with her

Hopefully, K. Michelle will be able to add more cities to her tour but here’s the current list of dates and cities for the “My Twisted Mind” tour!