K. Michelle Shouts Out LAHH Cast In a Not So Subliminal Tweet 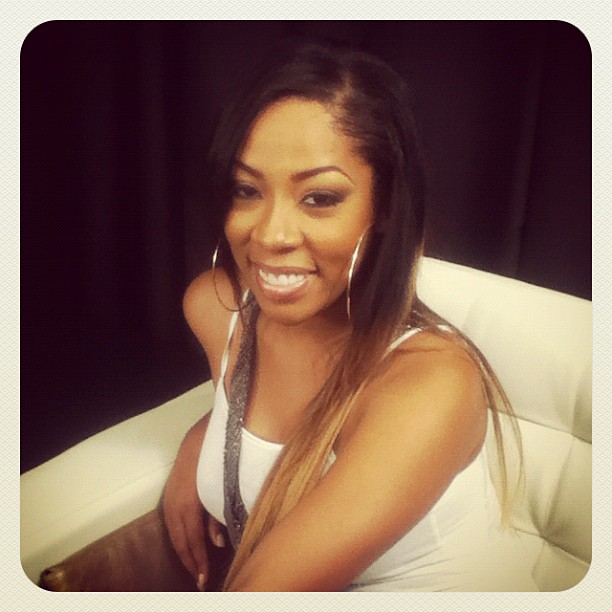 K. Michelle takes to Twitter to air out her grievances with her LAHH cast, but doesn’t drop any names. Check out the story inside…

Everyone knows that a sub-tweet on Twitter is the easiest way to pop off and throw digs at someone without mentioning their name. K. Michelle, the hot-headed and damn near sawed-off songstress and cast member of Love and Hip Hop Atlanta, posted an interesting tweet on her timeline recently. The tweet was definitely a dig at some of her fellow costars, but she “strategically” chose not to mention any one specifically. Check out the tweet below: 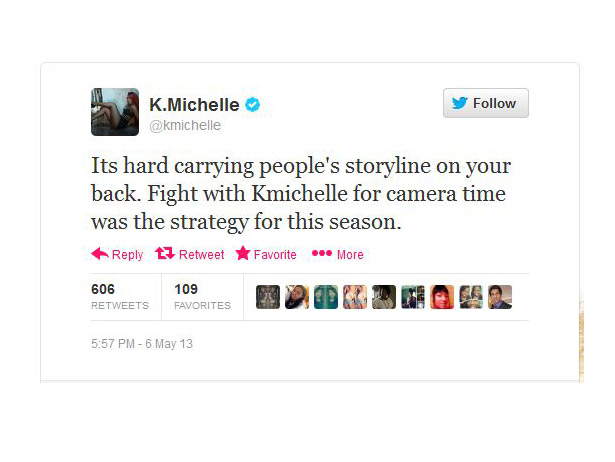 Just who could K. be talking about? She has been at it with almost everyone on the show since its premiere. She manged to mend fences with frenemies Mimi Faust and Karlie Redd as the show goes on, but something tells us she’s not quite finished making her rounds. We’re just waiting for her to square up to Mona Scott-Young, the show’s exec producer.

K. Michelle posted yet another sub-tweet a few hours later, and it sounds like she’s alluding to another business venture. Could a spin-off be in the works? Check it out:

“They can have the show, Im unbothered. Kmichelle takes on New York. Coming soon….” 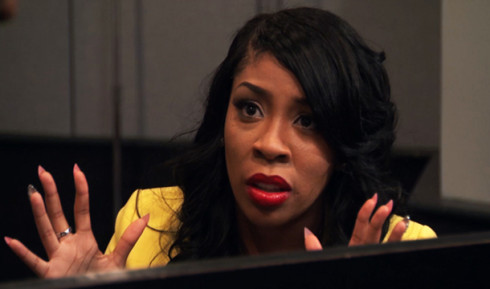 Rumors are swirling that K. may be joining the Love and Hip Hop New York cast once Atlanta wraps. And if we could make an educated guess, we would say K. Michelle’s tweets were directed at none other than Rasheeda. 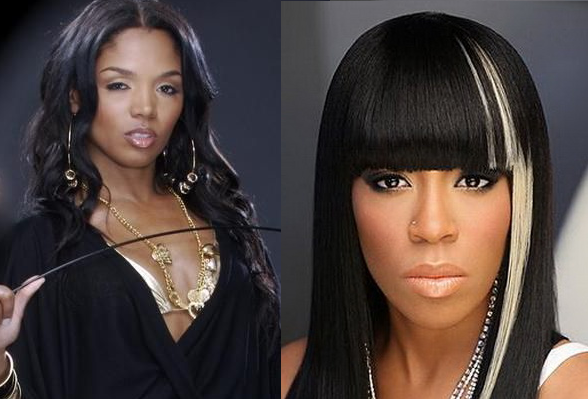 But the Georgia Peach rapper had no response, and only re-tweeted posts from her fans saying she was the real “boss chick” of the show.

K. Michelle has been busy promoting her debut album and everybody has been watching the latest drama between Kirk and Rasheeda unfold. But if these sub-tweets were meant for Rasheeda, that LAHH reunion is going to be crazy!

What do you think of K. Michelle’s sub-tweet? Was it directed at Rasheeda? Let us know! Leave a comment!