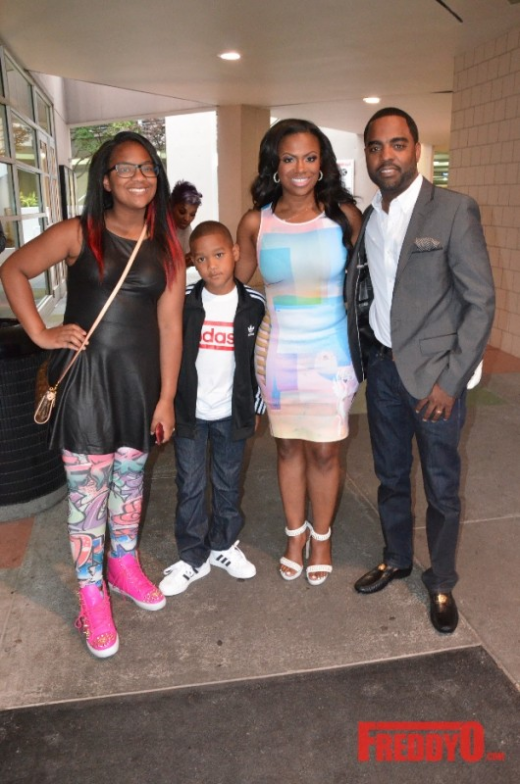 My girl Kandi Burruss has another hit on her hands with her latest reality show/spinoff for “The Real Housewives of Atlanta: Kandi’s Wedding,” and the ratings is telling the story that she is winning on Sunday nights.

The 8 p.m. airing of the Kandi’s hot new reality show nabbed 2.4 million total viewers
and 1.2 million viewers in the advertiser-coveted Adults 18-49 demographic. That
means my girl Kandi’s wedding spinoff beat all other “RHOA” spinoffs in total viewers
and all key demographics, a Bravo representative told TheWrap.

“Kandi’s Wedding” did alot better than her previous spinoff, a talent competition called “The Kandi Factory,” which premiered in April 2013 to a low 671,000 viewers, with 337,000 in the ad demo. Experts seems to think that the RHOA branding helps the spinoff relate to the audiences and DVRS/

Recently, Lifetime increased “Project Runway” spinoff “Under the Gunn”
ratings by using the same method in the middle of the show’s run and renaming it
“Project Runway: Under the Gunn.” That resulted in a 36 percent increase in
viewership.

Also on Sunday, “Kandi’s Wedding” was followed by “Married to Medicine,”
which drew 1.9 million total viewers and 1 million in the ad demo. Bravo then
aired preview specials for the upcoming sixth season of “The Real Housewives of
New Jersey” at 10 p.m. and new series “Game of Crowns” at 10:30 p.m. Both will
premiere on Sunday, July 13.

Bravo’s programming on Sunday earned it that night’s No. 1 ranking among
ad-supported cable entertainment networks in primetime for the advertiser
demo.

Congrats to my girl Kandi and the good people over at Bravo for a job well done!