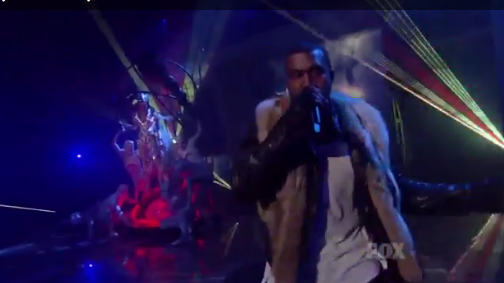 Kanye West made a surprise appearance on “American Idol” Thursday night. The emcee joined Katy Perry on stage as she performed her latest hit “ET.”

Kanye’s performance on the “American Idol” stage follows his set last weekend at Coachella. The emcee made headlines for his performance in the California desert, but it wasn’t for his music. The rapper is known for his unique fashion sense, and didn’t disappoint last Sunday when he rocked the mic in a women’s blouse.