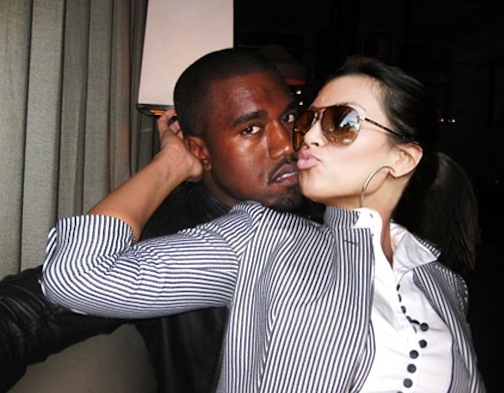 This week in the rumor mill: Kanye and Kim K dating? I mean, every couple of days its seems like someone spots Kim K with a celebrity getting close. Well…Rapper Kanye West and model/ reality star Kim Kardashian are dating, according to reports.Â According to In Touch mag the rap superstar and Kim were seen in a Chicago restaurant recently getting close. Now Kanye…no one man should have all that power. A source told them: â€œKanye had his arm around her all evening! He was rubbing her knee all night – they definitely looked like a couple.â€

Kim Kardashian has had a busy week turning 30 yesterday. She also said no to the chance to be given a cake worth $1 million by a nightclub in the Big Apple.Â She said: “Making a million dollar birthday cake is just ridiculous! I’d rather they gave me a cupcake and donate the rest of the money to the homeless.”