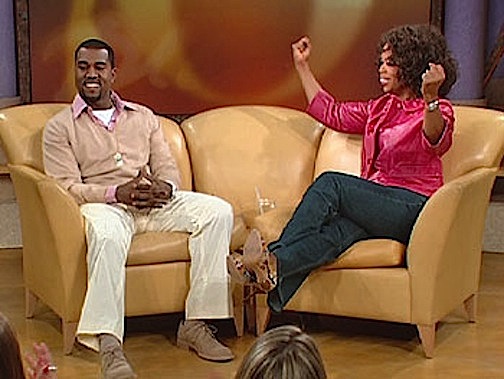 Kanye West done lost his mind canceling his appearance on The Oprah Winfrey Show last minute, Perezhilton was told it really pissed the daytime talk show queen off. Everyone know if its one person not to piss of it is her, she already don’t like rappers.

Oprah arranged for a rooftop location for the concert and interview and he canceled in a short email. Damn he could have a-least called.

“All the arrangements had been made â€¦. She was going to ask Kanye everything,” said an insider. “Oprah is not happy.”

WOW… What do yall think she will do?