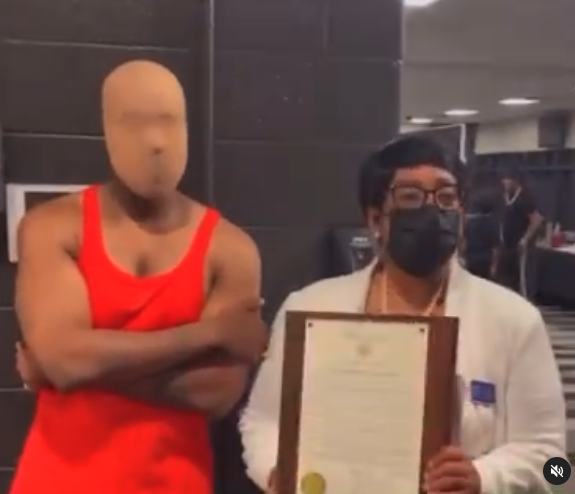 If you were in Atlanta, Ga this past Thursday, Kanye West bought out the whole Mercedes-Benz Benz stadium to do a listening session for everyone. The stadium was sold out, and there were some that waited 2 hours for Kanye West to come in all red and a stocking cap on his head to play exclusive records off his new project. If that’s not G.O.A.T. levels, then I don’t know what you call that. All ima say the 10th album, Kanye is on his Micheal Jackson, King of Pop, legend energy.

It’s not the first time he’s done events at a stadium; lets not forget Kanye West Sunday Church tour. West brought everyone out, from the industry to all fans in the city of Atlanta, Ga. There were fans antcipating to hear what Kanye West “Donda” fans bringing. Kanye West feature his mother thru the songs played, the album is her hence named after her, Donda. The “listening event” really felt like we were in church because when we got there they gave every one Kanye/Donda church type fans, and he comes out and stands in the middle of the Mercedes Benz stadium like Bishop TD Jakes, and we are listening to records with inspiration words and feeling like a hip hop inspiration music featuring top artist in the game. Ye and Jay Z even got in on one “Return to the Throne.”

Kanye West was also giving the proclamation to the city of Atlanta , he may be from Chicago, but he was born right here in Atlanta, Ga. Congrats to Kanye on the proclamation presented to him and his latest project “Donda”. Kanye West aka Paster Ye dope project, and I think its gonna save some souls with this one.