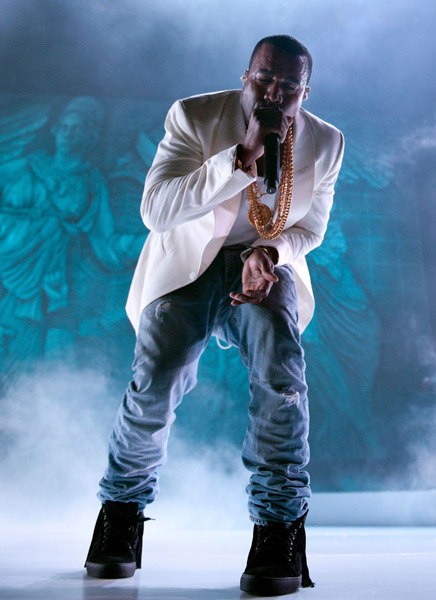 Watch The Throne is burning up the iTunes chart but that doesn’t mean anything when you can’t watch your feet. In a recent concert in Norway, rapper Kanye West fell on stage during his performance of the popular song All Of The Lights. Perhaps it was literally, all of the lights, that caused him to trip over his feet and fall on stage. Kanye was just about to take somebody to that ghetto university when he fell. Of course Kanye’s big, bold, confident attitude allowed him to get right back up and continue on with his performance. If he was mad about anything it was probably that his outfit got a tad bit dirty from the fall. A fan at the concert caught the footage of the fall:

Even though he suffered from a little tumble, after he got back up, it seems like the concert was tons of fun with full audience interaction. Can you believe he fell on stage like that though?