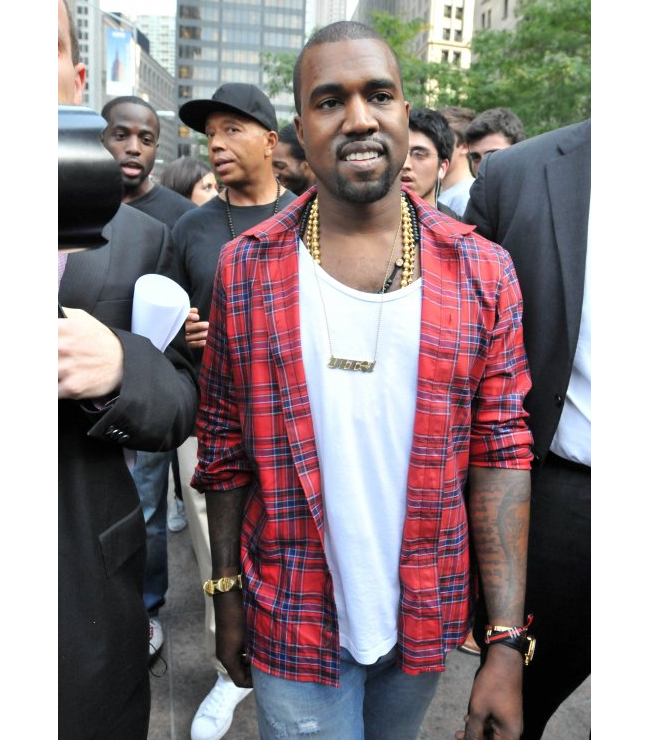 It appears that Kanye West’s standout personality has put him in the spotlight of his fans in Alabama. Hundreds of his fans want Kanye to speak out against the HB 56 law that has been signed into law. Not surprisingly, a college student by the name of William Anderson started the movement on Change.org. Anderson caught word that Kanye is in Alabama to gear up for his Watch The Throne tour and thought that this would be the perfect time to enlist Kanye’s help. Read inside to find out more of what HB 56 is and why citizens of Alabama want this changed. Wondering exactly what the HB 56 law is? It’s a law that,

The HB 56 law has been equated to the Jim Crow laws that once plagued the state of Alabama so I can truly understand why so many people are adamant about changing this law. Sources say that since the law has went into effect, “crops are rotting in the fields without workers to pick them, schools have recorded above-average absence rates, and residents have begun to leave the state”.

Alabamaâ€™s new immigration law is an attack on the state’s citizens, documented and undocumented. In the spirit of the social justice and hip hop, I hope that Kanye listens to his fans and takes a few minutes to learn and educate others about the crisis that is happening in Alabama.

The entire movement is a feat in itself being that Anderson has no budget for this and simply a computer and his determination. Kanye West will be in Alabama until October 28th. Do you think Kanye will pull through for his fans?Â Â  He did attend the Occupy Wall Street protests earlier this month. What are your thoughts and opinions on this matter?