In an interview with Star magazine, Kanye’s ex girlfriend reveals that she separated from Kanye because of Kim Kardashian’s “devious cheating ways.” named “Amber Rose,” Kanye’s ex also added that Kim is the main reason why she and Kanye were not together anymore. So now we know why Amber Rose & Reggie Bush was getting it in!!! Amber also said that Kim is a homewrecker.

Amber Rose also revealed that when she was dating Kanye, Kim started hooking up with Kanye although she (Kim) was then dating NFL star Reggie Bush. 28-year-old Amber said that both Kanye and Kim were cheating her and Kim’s the-then boyfriend Reggie Bush. And she insisted that it was all Kim, who sent racy photos of herself to Kanye along with making calls and sending text messages.

Amber also blamed Kim saying. â€œItâ€™s very important that us women stick together and we donâ€™t f**k each other over like that.â€ 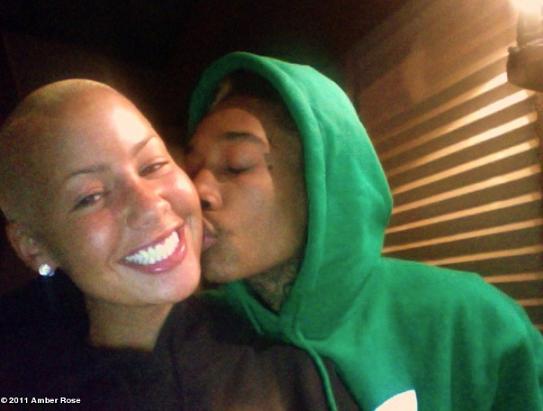 But she also credits Kim for helping her find a true love as she’s now dating Wiz Khalifa. More information in this regard is available in this month’s Star magazine issue. Pick up now for details.