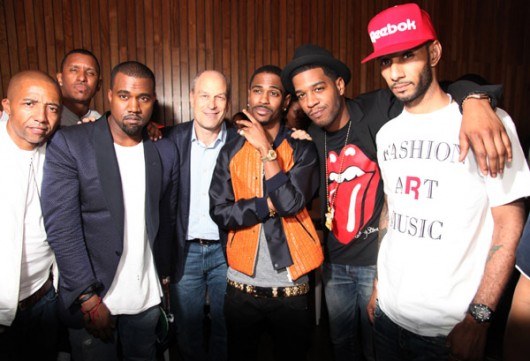 Kanye West’s G.O.O.D. Music label now has a home. It was announced on Monday that Kanye and Island Def Jam have signed a worldwide label agreement. The first album released under the new deal will be Big Sean’s debut “Finally Famous,” which hits stores today. Island Def Jam Chairman and CEO Barry Weiss says they look forward to “working closely” with Kanye, telling MTV News that no one has made “a greater impression on the game” over the past eight years. Kanye’s fellow Chicago native Common is also a part of the G.O.O.D. Music family. He signed a new deal with Warner Bros. Records last week, but it isn’t yet known if his new agreement will keep him on the G.O.O.D. Music roster.

Kanye West started G.O.O.D. Music in 2004. He has since added artists like John Legend, Kid Cudi, and Bon Iver.