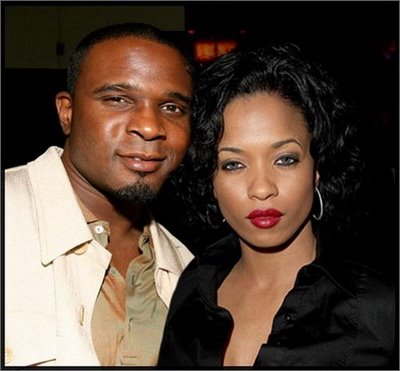 Twitter was an absolute mess today with random chatter about everything but one thing stood out the most and it was about the the former video vixen turned author Karrine “Superhead” Steffans who is notorious for her sexual encounters with male celebrities.Â  It appears that the former vixen could be in an unhealthy relationship with Eddie McCrary– Eddie Winslow! Catch the rest of the details after the break! For confirmation of the chatter, I immediately turned to Mrs. McCrary’s (yes, MRS) website and there I was faced with an open letter penned by “Superhead” herself.

There she discussed being involved in a domestic violence relationship that she couldn’t seem to get away from. She also went on to explain that her family and friends weren’t very supportive of her ending the relationship.

For the past several years, I have been involved in a highly abusive relationship. I have been choked, whipped with belts, thrown about, berated, belittled, raped, and disregarded as a human being. I have been abandoned and embarrassed, then, loved and coddled.

I have been caught in a vicious cycle and have left on many occasions, just to return.

I have found little support from my friends and family because I complain, and I cry, then I go back for more. I go back knowing that, one day, heâ€™ll kill me but heâ€™s all I have. Heâ€™s the only one who understands because heâ€™s stuck in this cycle, too.

Steffans-McCrary continued on explaining that she’ll return to him and hopes that they will one day love each other without pain. So is it safe to say that it’s him she’s referencing?

Despite speculation of the who’s the abuser, domestic violence is real & definitely needs awareness. As Steffans-McCrary pointed out, if you or anyone you know needs help be sure to contact the National Domestic Abuse Hotline at 800-799-7233.Â  To read the remainder of the letter visit Karrine’s website!