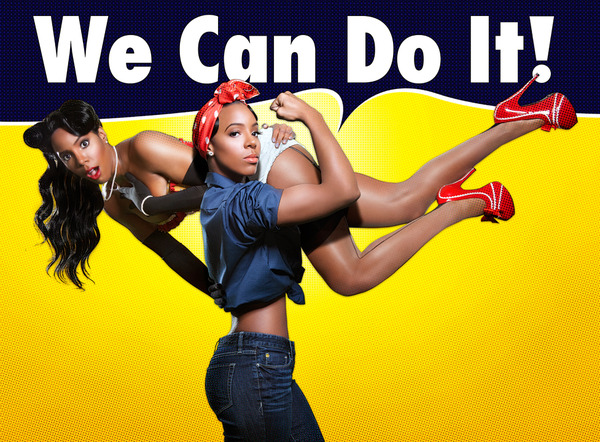 The photos depict Kelly as an All American Woman with her muscle flexed vs. The Damsel in Distress. Derek Blanks is truly gifted in capturing the essence of these shots.

Recently, Kelly has been making moves both in the US and internationally. In February 2009, a duet with Italian singer Tiziano Ferro, entitled “Breathe Gentle”, was released as a single and reached the top ten of the Dutch Singles Chart. Rowland also continued touring Europe, Asia and Australia as a solo artist throughout late 2009 and early 2010, including a co-headlining arena tour of Australia in March 2010 with Pitbull and Ne-Yo, titled Ladies and Gentlemen Tour.

Check out the video of Kelly getting ready for her Alter Ego photoshoot.