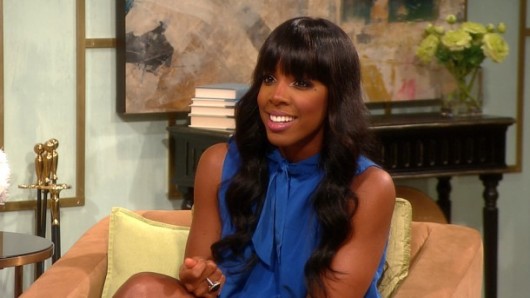 Yesterday Kelly Rowland did an interview with Tisha Campbell-Martin and Billy Bush on Access Hollywood. During her interview she got emotional after seeing a special message from Beyonce via video. She almost cried but opted not for fear of her make-up getting messed up. She did express how much she loved her sisters Beyonce and Michelle and how much fun it used to be when they all went on tour. Besides the mushy gushy stuff, the songtress discussed a number of other things such as her being the new ambassador for Empress perfume. She also addressed all the rumors talking about there being a Destiny’s Child reunion. She said that while they may sometimes meet up, they NEVER talk about a reunion. Plus, check out Billy Bush getting his feel on in the first clip.