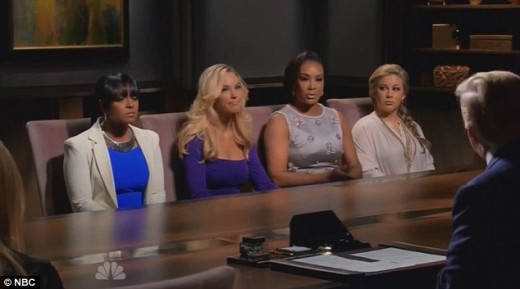 I was so pissed after watching last night eisoide of Celebrity Aprentice. Actress and my homie Keshia Knight Pulliam, best known for playing the comedian’s daughter Rudy on The Cosby Show, was fired by Donald Trump for not calling her TV dad up for a bake sale donation.

Keshia Knight Pulliam our favorite Cosby Kid was fired for not calling her tv dad to help with her fundraising efforts on the premiere episode of “Celebrity Apprentice“. Keshia served as the project manager for the women’s team for a fundraiser that consisted of making pies at New York’s Pie Face restaurants. The goal was to sell savory and sweet pies to New Yorkers and to raise big bucks by hitting up her celebrity friends.

Keshia reached out to several celebrity friends but decided to not reach out to Bill Cosby because she has not spoken to him in years.

That decision to practice class got my girl booted from the show on the first episode. It was not a failure because Keshia’s non-profti Kamp Kizzy walked away with $25,000 from Donald Trump.

Meantime, the men’s team wasn’t free from drama. Despite his ability to raise money as Team Vortex’s project manager, Geraldo Rivera still managed to rub some of his teammates the wrong way.