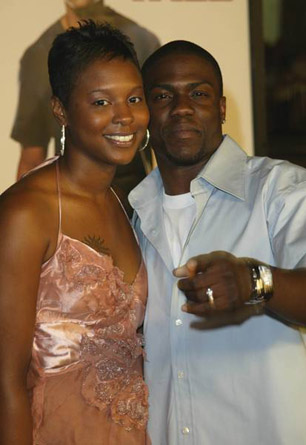 Hollywood funnyman Kevin Hart is heading to splitsville. According to RadarOnline.com, the comedian has filed for divorce from his wife, Torrei, after more than seven years of marriage. Hart cites irreconcilable differences as the reason for the break-up. The couple married in May of 2003, and decided to separate in February of 2010. Hart and his wife have a five-year-old daughter and a three-year-old son together. He is reportedly seeking joint custody of the kids, and is asking the court not to give spousal support to Torrei.
Kevin Hart is currently in theaters in the comedy “Little Fockers.” His other credits include the films “Death At A Funeral,” “The 40 Year Old Virgin,” and “Scary Movie 4.”