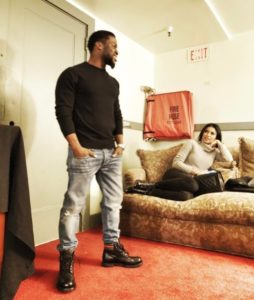 Get ready to learn more about black history aside from the usual stories and lessons we learned in grade school. In the wake of the massive success of Hidden Figures, the real story about the three black women who helped NASA send the first man into orbit, comes Kevin Hart’s special on other lesser-known black historical figures.

The History Channel has greenlighted Kevin Hart Presents: The Black Man’s Guide to History. The two-hour show, executive produced by the actor, stars Hart educating his daughter on unsung black heroes after watching 12 Years Of Slave leaves her upset. To prove to his daughter black history is more than just slavery and oppression, Hart will re-enact the true tales of black historical figures.

Matthew Henson, the first person to go to the North Pole; Robert Smalls, a former slave who led a revolt on a fully stocked Confederate warship and freed himself; Mae Jemison, the first black female astronaut; and Henry “Box” Brown, an escaped slave who mailed himself to a free state in wooden box.

A comedian first, Hart says Guide to History will make for great edutainment. “I’m very excited to be working with History on this show because not only is it entertaining, and it’s hysterical, but it also is an important program for our country right now,” Hart said. “We hope to make people laugh and learn a bit too.”

I’m hoping they turn it into a series.