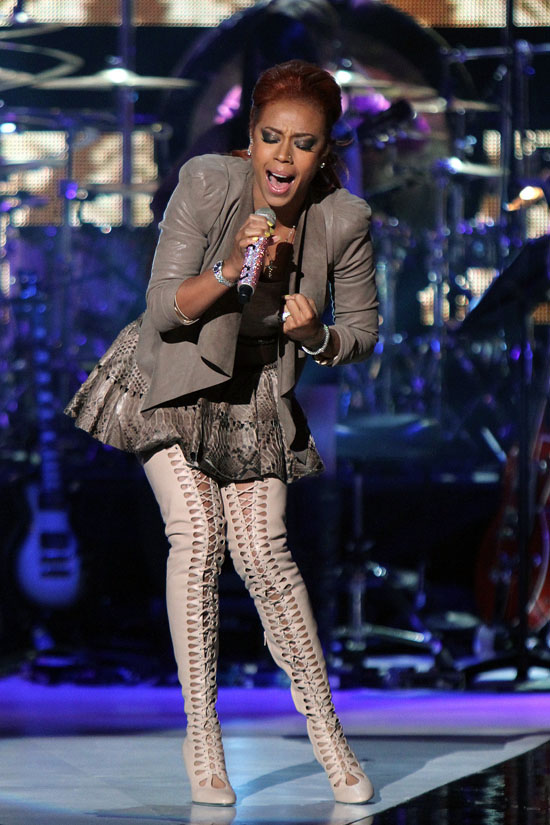 Keyshia Cole will have her new album in stores just in time for the Christmas holidays. Rap-Up.com is reporting that the singer will be releasing her currently untitled record on December 14th. Just last week Keyshia Cole released the Nicki Minaj collaboration “I Ain’t Thru,” which will serve as the record’s lead single. A video for the track will reportedly be shot in New York in the coming weeks. Keyshia Cole will have to survive some stiff competition when her album drops in stores. Ciara’s “Basic Instinct,” Diddy-Dirty Money’s “Last Train To Paris,” and Young Jeezy’s “Thug Motivation 103” are also set to arrive on December 14th.
Keyshia Cole’s last release was 2008’s “A Different Me.” The record opened at number two on the Billboard 200, and has gone on to earn a gold certification.