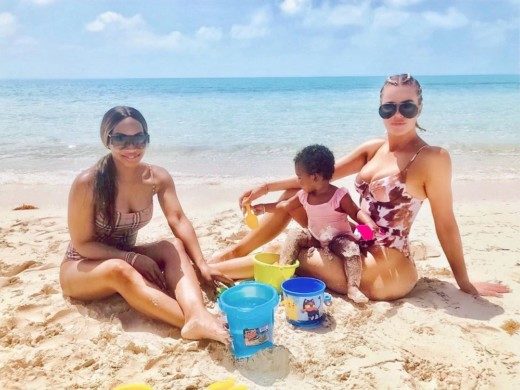 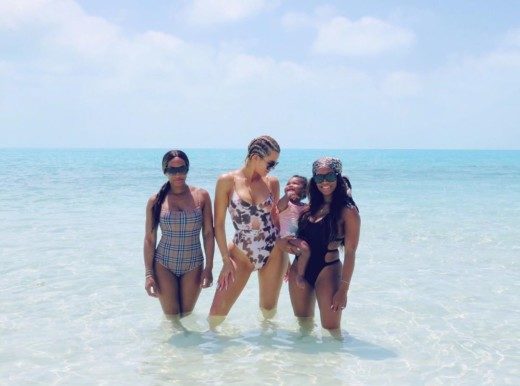 Khloé Alexandra Kardashian is an American media personality, socialite, model, businesswoman, and entrepreneur. Since 2007, she has starred with her family in the reality television series Keeping Up with the Kardashians. Khloe’s name has been in the spotlight lately as usual. From Lamar Odom mentioning her to the natural fame of her last name. Odom reportedly thinks he shouldnt have cheated when he was dating Khloe–and blazay blazay. Despite it, Khloe seems like she is not holding any grudges, and is enjoying the beautiful weather.

Recently, she was spoted on a Island with her 1-year old daughter “True Thompson (child of athlete Tristan Thompson). Also, accompanying the family on the beautiful island was Malika Haqq. 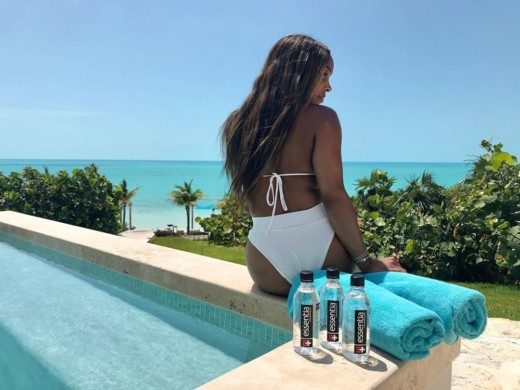 Malika Haqq is an American television personality. Malika Haqq has earned her net worth through her acting roles in films such as Sky High and ATL, as well as her roles in television shows such as, The Bernie Mac Show and Las Vegas.

They shared a lot of pictures on social media and Khloe captions: “Girls Trip.”