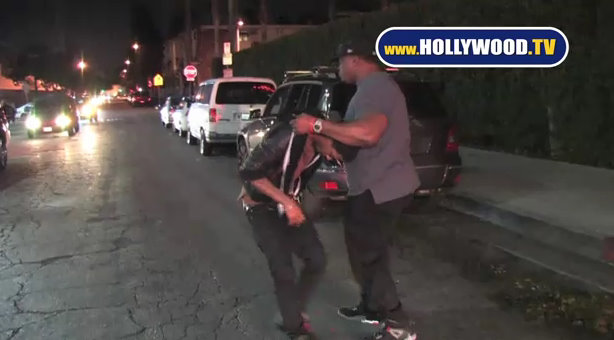 (11/2/2010) Rapper Kid Cudi was filmed leaving a venue drunk out of his mind and he couldn’t tell if it were day or night. His bodyguard had to pick him up off the ground and basically drag his drunken body to the car. I guess Cudi couldn’t hold his “drank” long enough. LOL to add to injury Hollywood TV then added, â€œwhere he is inserted in the back seat and then neatly folded in half â€” no kidding”. I guess he will be headed to rehab soon. Well hey, at least he wasn’t driving. Watch the video after the leap

That is the resort for some folks.- Another post by: www.twitter.com/IamCourtneyLuv