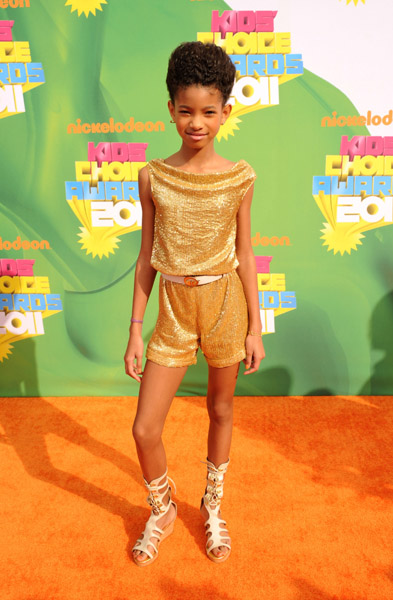 The “Whip My Hair” singer rocked her typical unique style as she and her “Karate Kid” bro greeted fans and media members outside of the USC Galen Center venue. 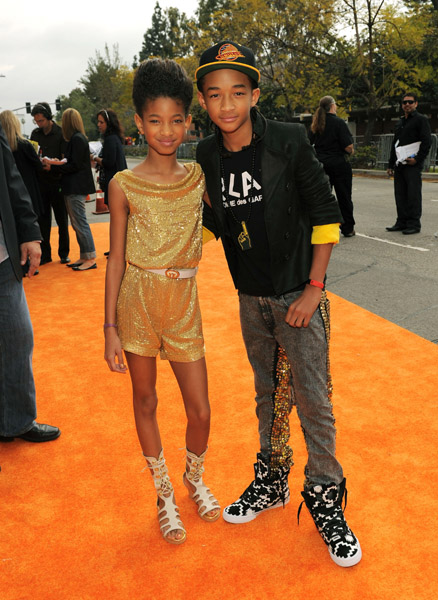 As for the evening agenda, Miss Smith is among the star performers set to take the stage while Jaden is in the running for Favorite Movie Actor as he faces off against stiff competition from Jack Black, Johnny Depp and Dwayne Johnson. 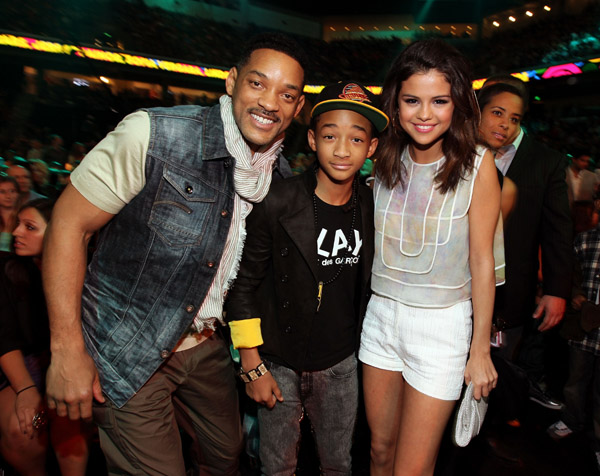 The Kids’ Choice Awards are being hosted by Jack Black while airing live on Nickelodeon beginning at 8PM ET.
CheckOut More Pics: