Kim Kardashian And Kanye West Reveal Plans For Baby No. 4 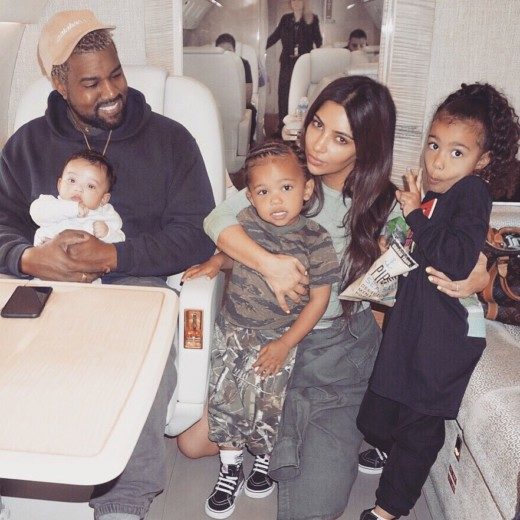 Kim Kardashian West hasn’t ruled out having more kids. “I don’t know. I don’t know. I read something that it was, you know none of that was true,” Kardashian West, 37, said during an interview with E! News that aired Wednesday after being asked if she and her husband Kanye West are planning for a fourth child.

“But I’ve been really open about it and talked about it on our show, so I don’t know,” Kardashian West also told the outlet.

“We start filming season 16 next week, so if I think about it more and it’s gonna happen, you’ll definitely see it on the show,” she continued. “But as of now, no.”

She is also mother to daughter North, 5, and son Saint, 2.

The Keeping Up With the Kardashians star often shares photos of her adorable kids on Instagram.

Earlier this month, Kardashian West shared a photo of Saint and Chicago writing, “these two are inseparable #Chi #Saint.”

Proving this is true, Kardashian West also shared an adorable shot of Saint hugging baby Chicago back in May.

These two are inseparable #Chi #Saint

The KKW Beauty founder previously told PEOPLE that Saint not only loves Chicago, but he also adores his cousins Stormi Webster and True Thompson.

“Saint, every time he sees Stormi and True, he’s like, ‘I have a baby! Do you want to see my baby?!’ ” Kardashian West said. “He’s so obsessed with having a little sister. It is really, really cute.”

I can still feel the love ?

“They are all so good together, but I think Saint is probably the most excited about all of the babies,” Kardashian West added.

As for North, she appears to be a little more on the sassy side. On her birthday two months ago, Kardashian West asked her daughter to be nicer to Saint.

“Now that you’re 5, don’t you think it’s the mature thing to try and be nice to your brother now!?!” Kardashian West concluded a sweet birthday message to North on Instagram.