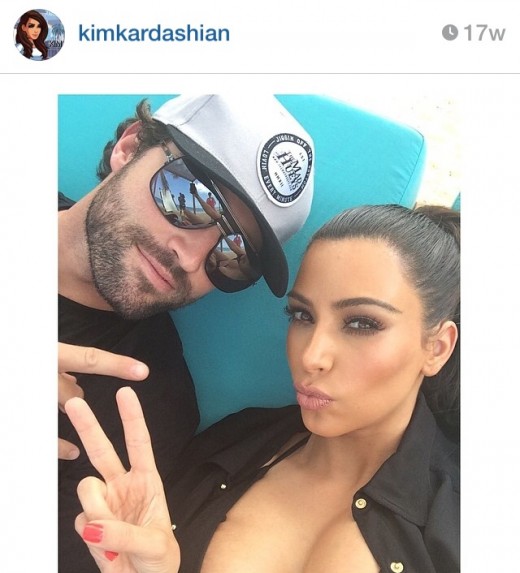 Check out the details below!  Kim Kardashian took to twitter today to slam Adrienne Bailon for her comments against her brother, Rob! Apparently, Ms. Bailon was dissing Robby-poo to Latina Magazine recently, and Kim was not having it.

In her interview she held nothing back when it came to her relationship with him. The former Cheetah Girl stated that “Keeping Up With The Kardashians” had hurt her career…NEVER KNEW!!! She also admitted that she did not understand why people sided with Rob since he was the one who cheated and was “disloyal!?”

Of course this would not have been anything without input from the big sis! Kim instantly took to twitter and told the world how she really felt! “Funny how she says being with a Kardashian hurt her career yet the only reason she has this article is bc she is talking about a Kardashian.” “#LetItGoooooLetItGoooooo (FROZEN VOICE)” “So sad when people try to kick my brother when he is down #FamilyForever.” 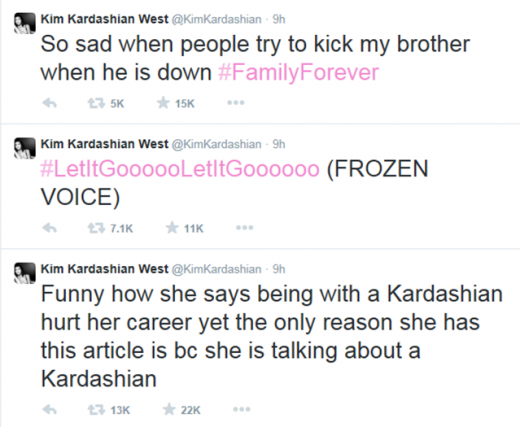 I cannot even be mad at Kim for this! Although, it seems like Rob has been the black sheep of the family lately, I can respect anyone that stands up for family. Even if Adrienne was not trying to be malicious in her interview, Kim was valid for speaking out.

What do you think? Did Adrienne go to far?