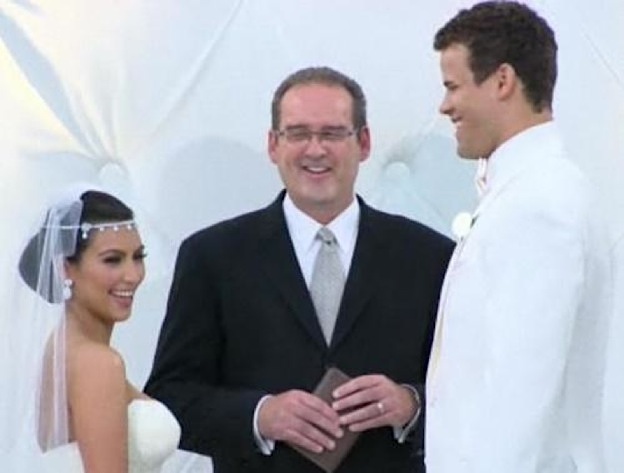 Yoooo, Kim Kardashian and Kris Humphries are making out like bandits from this wedding! It’s reported that they will earn a cool $17.9 million dollars all from making their wedding a media extravaganza. The couple sold teh exclusive photo rights to People magazine for $2.5 million, between $12 and $15 million for the two-part TV show, $100,000 for exclusive rights to bridal shower with British magazine OK! and $50,000 to have Kim’s bachelorette party at Tao in Las Vegas. Aside from the money, the couple also received a lot of free ish, including:

The items were gifted because of the free advertising that the wedding would provide to millions of viewers around the world. They also received $2 million 20.5-carat engagement ring and $1 million wedding bands by jeweler Lorraine Schwartz for deeply discounted prices, though we don’t know yet exactly how much they paid.

The couple did fork over food at a cost of about $750,000, which is just chump change to them. The wedding reportedly was going to cost $10 million, but looks like they’ve made a bunch of moolah just for jumping the broom!

The plan, now that they are married, is for the couple to head to NYC as so Kim and sister Kourtney can film their reality TV show “Kourtney & Kim Take New York.”