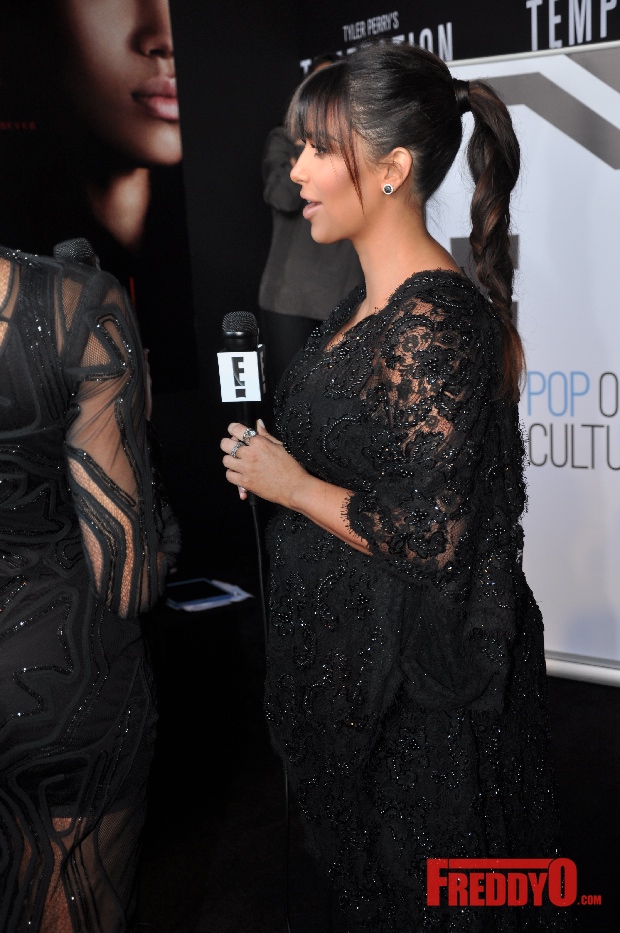 Reality tv star Kim Kardashian dished to Extra about her recent pregnancy scare. At the premiere of Tyler Perry’s “Temptation” she admitted that she did have a scare but chalked it up to a lot of things changing in your body and that “it’s not easy being pregnant”. She voiced that she would make an effort to wear more flats and change up her traveling habits. What’s more interesting is her recent deposition where she revealed how she really feels about Kris.

Check out the video of Kim talking about her pregnancy scare here:

Although most people still believe that Kim married Kris for tv ratings, this past Tuesday, Kim said otherwise. In her deposition this past Tuesday out in L.A., that lasted a whooping 9 hours, she stated that she really did love Kris when she married and him and that it wasn’t for the ratings. Sure.

Nonetheless, the pregnant woman was said to have been smooth the whole 9 hours. I’m sure she was seeing that Kris didn’t make it to the deposition which is a shame because his lawyer, Lee Hutton, really fought for his right to be there. The entire situation is crazy because Kim has now been trying to get a divorce from Kris for a year-and-a-half (longer than they were married!). The May 6th trial will be interesting!!!

Do you believe Kim really loved Kris when they got married? Or do you think it was for the rating?