Kim Kardashian Responds To Accusations Of Fogetting North At Hotel! 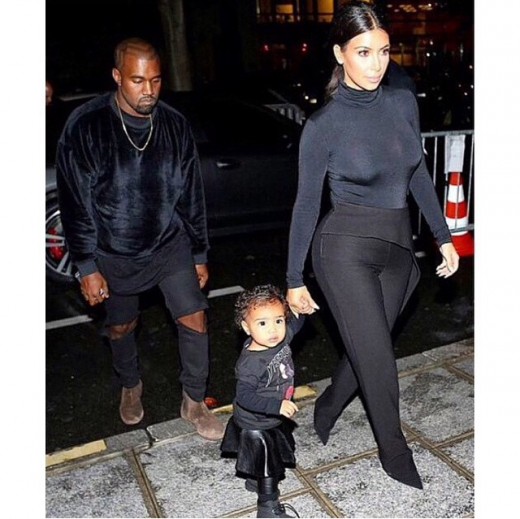 Kim Kardashian is responding to the accusations of her almost forgetting North at their hotel! So, what was the real reason she walked out without her daughter?

Kim Kardashian hopped on her Twitter account today to respond to all the blogs, radio stations, and fans who accused her of almost forgetting North at their hotel! Footage was caught of “The Keeping Up With Kardashians” star walking out of her hotel in Paris without North. She heads to her car, then stops and mutters a few words, and then quickly turns back around to go into the hotel. The next time we see the hot mom, she is carrying North.

A lot people are criticizes the reality TV star for her forgetfulness, while others are just laughing at her and saying “it happens!” However, Kimmy is NOT having it. She explains why she did not have North with her at first and basically wants people to get it together! 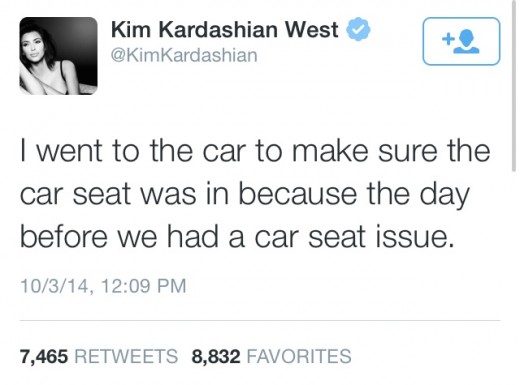 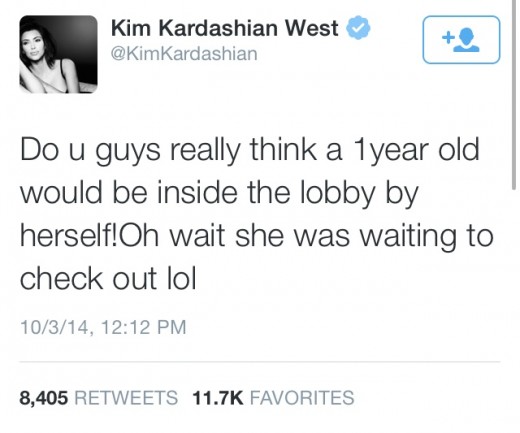 I am not shocked she spoke out about the incident! What do you guys think? Was this just a made up excuse or could this be the truth? Comment below!