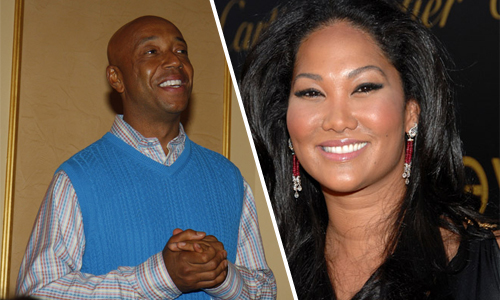 Kimora Lee SimmonsÂ  announced that she is no longer nursing herÂ 14 year-oldÂ Â  Baby Phat and Phat Fashions. According to E!Online, Kimora will be dissolving her relationship as of September 1st to focus on other business ventures such as her clothing lines, KLS, Fabulosity and Kouture by Kimora Collection for Macys.
“After 14 years of conceiving and nurturing Baby Phat, it’s time for me to move on and further expand my other businesses and create a new phenomenon,” Kimora says. “I adore all those who have faithfully been with me since the beginning.” “I’m forever dedicated to my family, fans and customers. My inspiration has always come from the fabulous women who have been with me through the years as we’ve grown from young party girls to power players! “We’re ready for our next journey together and we’re taking a whole new generation of incredible young women with us. Girl power unite!”Kimora went to Twitter to let fans know that there will be no Baby Phat fashion show during Fashion week this year, something she blames on execs. “I will not b there. And corporate has decided not 2 do one!”—>RT@starchild36: @OfficialKimora “Can I come to the Baby Phat show for fashion week?”
The star of ‘Kimora: Life in the Fab Lane’ also tweeted that her daughters Ming Lee and Aoki Lee â€“who currently both model for the line â€“ will also be ending relations with Baby Phat.Â  Something doesn’t seem right. What did Russell do now?..What do you allÂ  think about this? -Another post byÂ Courtney L.