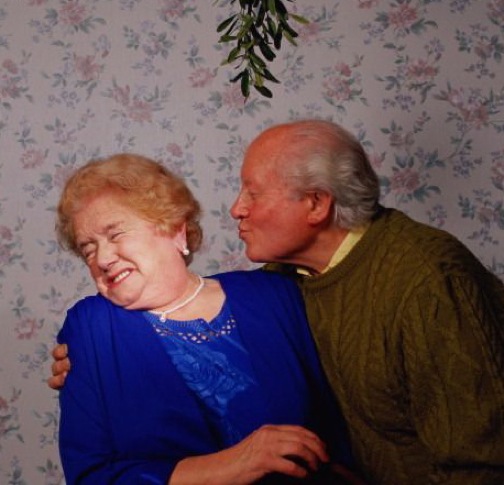 According to popular custom, any two people who meet under a hanging of mistletoe are obliged to kiss. The custom is of Scandinavian origin. Amazingly, this same plant is poisonous, and has the ability, if eaten, to cause horrible stomach pains. So just kiss under itâ€¦no eating peeps. See below for the history of Mistletoe, and be sure to spread some holiday cheer this season!

In Norse mythology, Baldr was a god of vegetation. His mother Frigga, prompted by a prophetic dream, made every plant, animal and inanimate object promise not to harm him. But Frigga overlooked the mistletoe plant â€” and the mischievous god Loki took advantage of this oversight, tricking the blind god HÃ¶Ã°r into killing Baldr with a spear fashioned from mistletoe. Baldr’s death brought winter into the world, until the gods restored him to life. Frigga declared the mistletoe sacred, ordering that from now on it should bring love rather than death into the world. Happily complying with Frigga’s wishes, any two people passing under the plant from now on would celebrate Baldr’s resurrection by kissing under the mistletoe.

Took yall back to middle school with the Greek mythologyâ€¦.lol