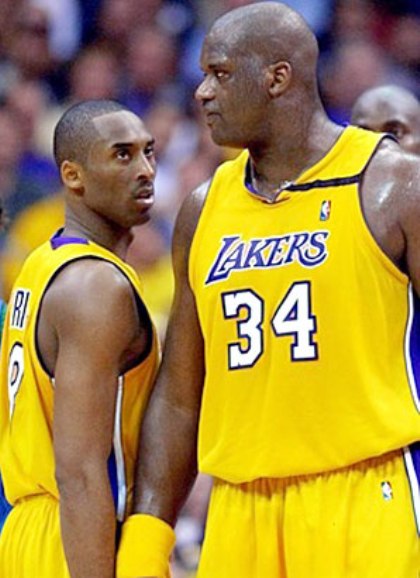 For those who don’t know, the Los Angeles Lakers won the 2010 NBA Championship after an epic battle between the Boston Celtics, but Kobe let it be known that he has one more ring than Shaquille O’neal. Kobe has always lived in the shadow of Shaq, with the media and commentators contributing Kobe’s first 3 rings to O’neal. These two have had an internal beef since Kobe allegedly raped a young lady in Colorado in the Summer of 2003, then tried to snitch on Shaq’s misdoings. So, this statement was more than just a comment off the fly. Though it was simple, he is basically telling the world he no longer walks in the limelight of Shaquille O’neal…but regardless, he is still in the shadow and may always be a shadow of Michael Jordan. Believe it. Continue reading and watch video below.

Question: How does this feel for you personally?

Click below to see the video of Kobe talking a little trash, and his two beautiful daughters, dressed in their Laker dresses. Let us know at Freddyo how you feel about this; is he out of Shaq’s limelight, and is he better than JORDAN?